Zambia's charismatic state founder was respected worldwide. But his people suffered from corruption, poverty and an authoritarian one-party regime. The authorities declared three weeks of mourning. 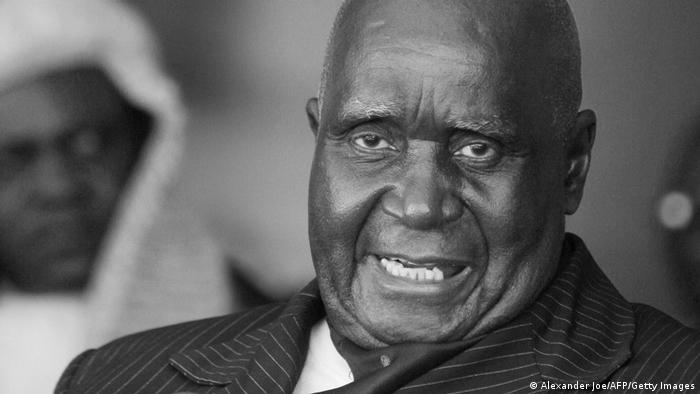 When Zambia's new green-red-black-orange flag was raised for the first time over the capital, Lusaka, on October 24, 1964, it also marked the rise to prominence of Kenneth Kaunda. Zambia was independent — with him at the helm. That it was his country was not self-evident. Kaunda's parents were from neighboring Malawi. His father had come to Zambia, a British colony at the time, as a Protestant missionary. Kaunda was born there in 1924.

The pastor's son initially became a teacher. In colonial times, this was a top position for any African. High positions in business or government were reserved for whites. Kaunda did not want to accept such limits. He became politically active. The colonial power had him imprisoned several times. He went on to lead the Zambian independence movement. In the first parliamentary elections in 1964, his United National Independence Party won an absolute majority.

But the real work began when British rule ended. "It's a miracle that we are still a nation when you look at the challenges we had to go through," Kaunda later told DW. That's because Kaunda took over a state with 75 ethnic groups. Apart from the borders drawn by the colonial powers, nothing united them. The majority lived in abject poverty. 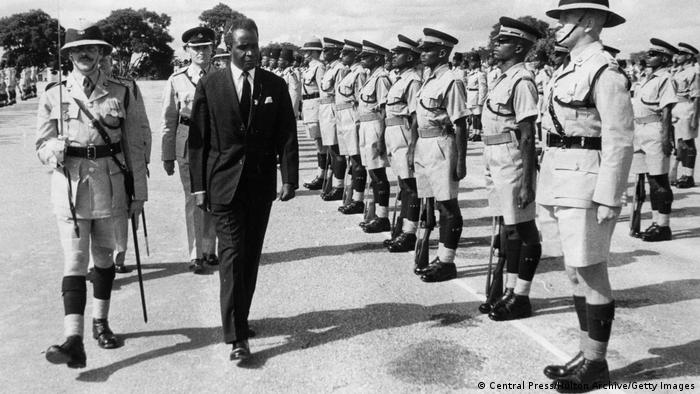 From Zambian humanism to a one-party state

Kaunda managed to hold the new state together. Like Ghana's founder, Kwame Nkrumah, and Tanzania's Julius Nyerere, he developed a philosophy — "Zambian humanism" — to unify society. It was a mix of Christian values, African traditions and socialist guiding principles. "Man should not live by bread alone, but that is what people do today. That's why we don't have peace, because people strive only for material things but forget spirituality," Kaunda told DW. 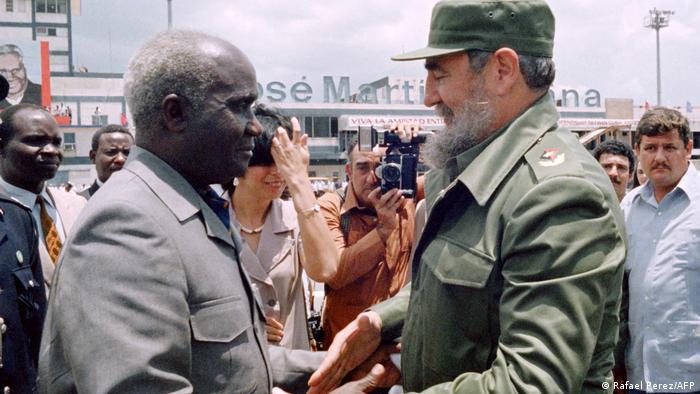 The charismatic head of state, who enriched interviews and speeches with biblical quotations and philosophical reflections, gained worldwide respect. "He was the father of the country, quite a fatherly type. But he remained a simple man who had no ambitions to be revered," the late Friedrich Stenger, who lived for a long time as a Catholic missionary in Zambia, told DW in 2017.

It was also because of Kaunda's involvement in solving numerous crises in the region. He repeatedly sought dialogue with the white apartheid government in neighboring South Africa in order to resolve the situation peacefully. He was a mediator in the Angolan Civil War. He supported the Namibian liberation movement SWAPO, and ZAPU in Zimbabwe. "The African masses in these countries want to be involved in power in their countries. Governments provided by minorities prevent them from doing so by force. We cannot expect them to remain quiet for years," Kaunda told DW. 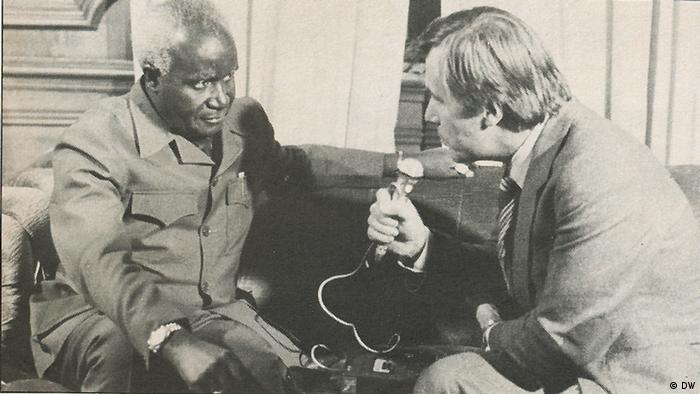 But there was also another side, which became apparent as the years went by. Like other African state founders, Kaunda was turning Zambia into a one-party state. "He was also a power politician who knew how to stay in power and how to get rid of people who become dangerous to you," Stenger told DW. The police and secret service used draconian means against opponents, and many ended up in prison.

Tensions increased during Kaunda's tenure. Because of its large copper deposits, Zambia was actually rich. Kaunda nationalized the copper mines. But, at the end of the 1970s, prices on the world markets collapsed. In addition, imports were expensive and numerous transport routes were unusable to landlocked Zambia because of the civil wars in the region. Growing corruption and increasingly inefficient state-owned enterprises further worsened the economy. Supplying the population became more difficult, and many goods were no longer available in the country. Kaunda took no blame.

"With our products, we earn little on the world markets. But we pay moon prices for everything we buy," he told DW. Zambians believed him less and less. In 1986, bloody riots broke out — Kaunda ordered the army to put them down. 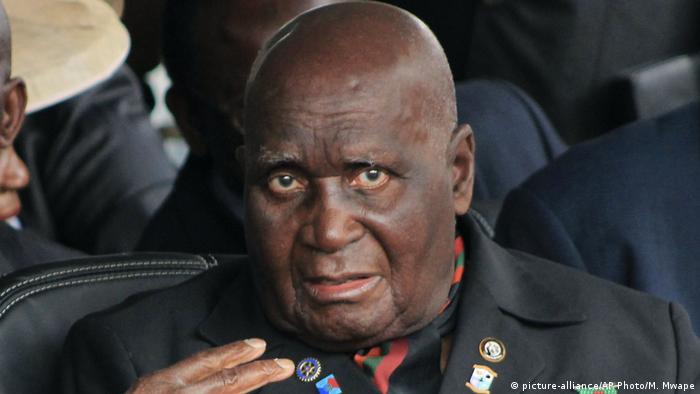 Kaunda died after an illness

The demands of civil society and unions for free elections grew louder. Kaunda gave in and was voted out of office in 1991. "The joy in the country was great," Stenger said. At the end of the  era, Zambia was still one of the poorest countries in the world and heavily in debt. The new government harassed the ex-president intensely. It declared Kaunda a foreigner — because his parents were from Malawi. Only protests kept the government from deporting him. In 1996, Kaunda wanted to run for president. His successor, Frederick Chiluba, stepped in with a trick to prevent that. Chiluba changed the constitution to permit only someone whose parents were born in Zambia to run for president.

Kaunda retired from politics. With the support of a foundation, he fought the AIDS epidemic. In 1987, he admitted that his son had died of AIDS  although the disease was still a taboo topic in Africa at the time. He occasionally spoke out in interviews. In his last years, he and his wife lived modestly in the capital, Lusaka.

On Monday, he was hospitalized and treated for pneumonia before passing away on Thursday. Authorities declared a 21-day mourning period.

"On behalf of the entire nation and on my own behalf, I pray that the entire Kaunda family is comforted as we mourn our first president and true African icon," President Edgar Lungu said in a message on his Facebook page.

This article was adapted from German by Martina Schwikowski.