Yemen's ruling General People's Congress has forced the country's president from the party. The GPC alleges that President Abed Rabbo Mansour Hadi had solicited UN sanctions against his predecessor. 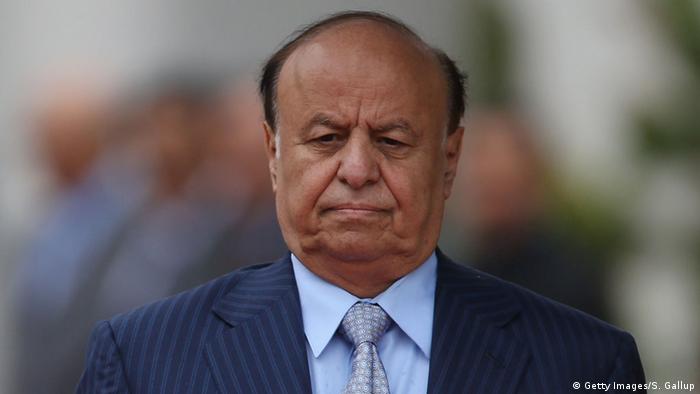 Just one day after Yemen's government made a step toward stability, the country's ruling General People's Congress ousted its top politician, President Abed Rabbo Mansour Hadi. The GPC said the newly appointed vice president and secretary general would assume the president's role within the party.

There was no immediate comment available from the party or Hadi.

Hadi became president in early 2012 after longtime Yemeni leader Ali Abdullah Saleh stepped down amid popular protests. Saleh has remained leader of the GPC since that time.

Although Hadi has managed to stay in power as president despite a violent anti-government protest movement driven by Houthi rebels in recent months, he was dismissed by his party on Saturday under suspicion of soliciting sanctions from the UN against his still-influential predecessor.

On Friday, the UN Security Council imposed asset freezes and travel bans on Saleh and two of his Shiite military allies, Abd al-Khaliq al-Huthi and Abdullah Yahya al Hakim. The international body targeted the two commanders for backing the violent uprising and Saleh for allegedly supporting the Houthis, whose actions threaten to destabilize Yemen.

The northern Shiite rebel group led by al-Houthi overran the capital city in September and has since expanded its influence over other parts of the country, which is already struggling with an al Qaeda insurgency.

Saleh warned ahead of the UN's announcement that any attempts to impose sanctions on him would "constitute a setback for efforts to end Yemen's dilemma," according to the GPC website.

"Targeting [myself], the GPC and its allies is also targeting the unionist national project of Yemen," he said.

Meanwhile on Friday, a unity government was named, the final step of the September ceasefire. The 36-member governing body headed by Prime Minister Khaled Bahah has members from both sides of the political spectrum, including for the first time members of the Houthi movement.