The American university will rename Calhoun College after Grace Hopper, a pioneering mathematician. A German university is similarly struggling with its own controversial namesake. 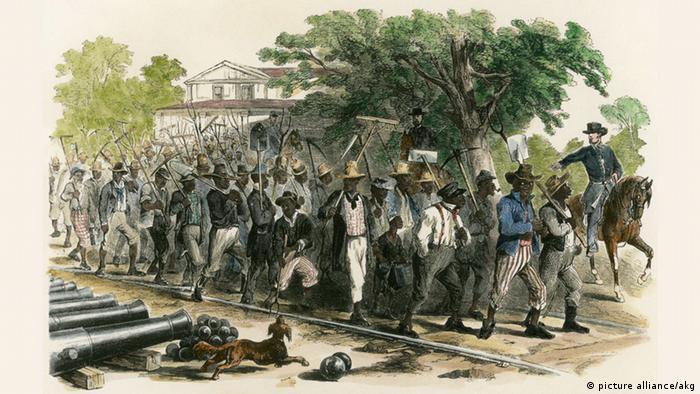 Yale President Peter Salovey announced on Saturday that the prestigious Ivy League university would drop former vice president and white supremacist John C. Calhoun's name from one of the institution's 12 residential colleges. The decision by the Yale board of trustees reverses a previous declaration from April 2016 to keep the name.

Salovey, who is a board member, said the decision to rename Calhoun College was not something taken lightly.

"At that time, as now, I was committed to confronting, not erasing, our history," the university president said. "I was concerned about inviting a series of name changes that would obscure Yale's past." However, Calhoun's pro-slavery legacy opposes the mission and principles of the university, Salovey explained. 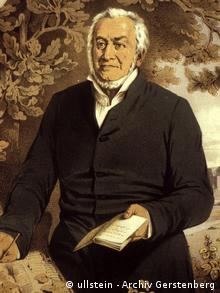 Calhoun, who graduated from Yale in 1804, served as US vice president from 1825 to 1832 as well as represented the slave-owning state South Carolina in the US senate. In the years preceding the US Civil war, he crusaded for slavery, calling it "a positive good." Demonstrations have surrounded the university's association with Calhoun since 1931, when the decision to name the college after the slavery proponent led to protests by enrolled black students.

The college will be renamed for Grace Murray Hopper, a 1934 Yale graduate in mathematical physics who served in the US Navy during World War II and later invented a computer programming language.

However, the university will not remove carvings or statues of Calhoun from campus and has said that those alumni who wish to continue associating with name Calhoun College are free to do so. Some activists have said these limitations do not adequately address the university's racist history.

In Germany, an educational institution is experiencing a parallel struggle over their own contested namesake.

On Saturday night, a human chain of around 500 participants formed in the northeastern German city of Greifswald and surrounded the city hall and the university as a protest against the university senate's decision to strip Ernst Moritz Arndt's name from the higher learning institution. With their symbolic embrace, the organizers of the civil initiative hoped to convince the senate to reconsider the planned name change. 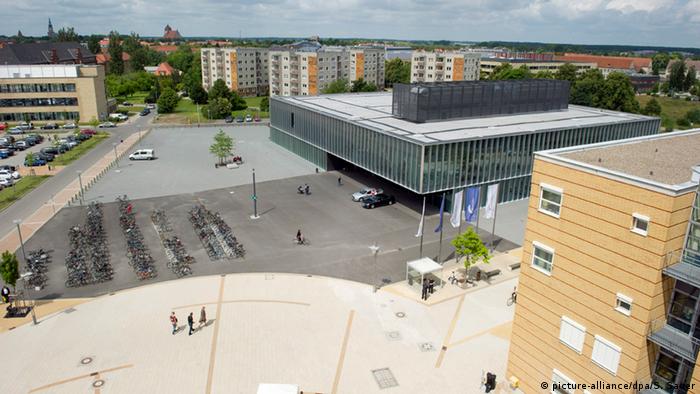 The university in Greifswald decided to remove its namesake

Arndt, who died in 1860, was a German writer, politician and philosopher who fought against the French during the Napoleonic war. He has long been considered a German patriot and freedom fighter, with many schools and universities throughout Germany bearing his name. At the same time, Arndt's ultra-nationalistic and anti-Semitic sentiments made him a predecessor for Nazi racial ideology. Supporters of the measure to remove his name from the Greifswald University argue that Arndt's legacy, in combination with top-Nazi Hermann Göring's decision to name the university after Arndt in 1933, justify the senate's decision.

Similar to the Yale controversy, the German university's January 2017 conclusion to disassociate themselves from Arndt's name reversed a previous decision made in 2010, when students voted to keep him as a namesake. 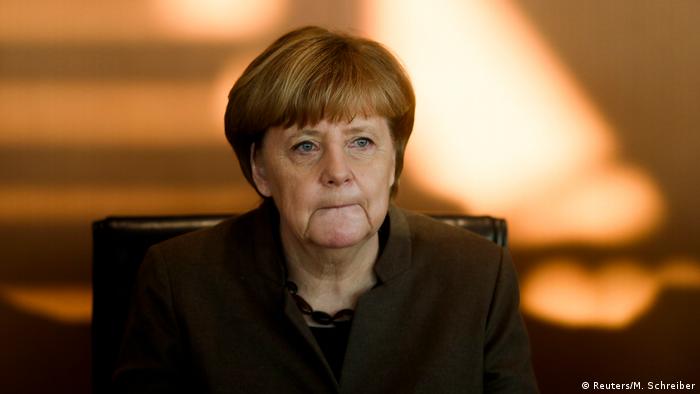 Merkel voiced her dismay at the decision to remove Arndt's name

The controversy has drawn in local and national politicians, including German Chancellor Angela Merkel, who weighed in to keep Arndt's name, saying she was "somewhat stunned" by the removal process taking place in her constituency district.

The final decision to rename the Greifswald University is still pending approval by the Ministry of Culture. More protests are planned in Greifswald for Sunday, in a sign that the controversy could be far from over.

An annotated, critical edition of Hitler's infamous "Mein Kampf" has been on sale for a year, the two-volume tome becoming a surprise bestseller with 85,000 copies sold. But the book is still attracting controversy. (05.01.2017)

'We are still not hearing from a black woman'

The Rachel Dolezal controversy highlights the difficulties the US faces in grappling with its history, an Afro-American studies scholar tells DW. She criticizes that the current debate sidelines a key issue. (17.06.2015)

Why education has become a political battlefield in America 04.06.2022

Books, schools and libraries are on the frontlines of US culture wars. A conservative-led movement is cracking down on what is taught and read. DW looks into what is behind a wave of book bans across the country.

'African Roots' is celebrating 50 portraits of significant figures in African history. Narrated with African voices, they serve as the basis for debates on the web, radio, or historical sites.

Madalena Gordiano's parents were relieved when a Brazilian family promised to adopt their daughter. But instead of being cared for, Gordiano was exploited as a domestic slave for almost four decades. Now she is free.