One hundred and twenty years ago, W. C. Röntgen discovered it was possible to use a new kind of ray to X-ray or "roentgenize" people and things. It was a chance find that transformed clinical diagnostics.

It happened by chance - as so many things in science do.

Wilhelm Conrad Röntgen was 40 years old and a physics professor at the Julius Maximilian University of Wurzburg when he discovered the X-ray by accident.

On November 8, 1895, Röntgen was experimenting with cathode rays to test a phenomenon of light found in an earlier experiment.

Röntgen had set up a florescent screen painted with barium platinocyanide and a Crookes tube, wrapped in black cardboard to cover its florescence - when, all of a sudden, he noticed a green glow about a meter away.

The cathode rays should not have been able to reach the screen, but they did. Even when Röntgen placed carbon paper or a piece of wood between the Crookes tube and the screen, the screen still glowed.

He had discovered a new form of electromagnetic radiation - but because he did not know what it was, he simply called it "X."

"His scientific achievement was to recognize he'd found something new and that he continued to study it," says Roland Weigand, a member of the "Röntgen Kuratorium," which manages and maintains the Röntgen Memorial - a museum - at the former Institute of Physics at the University of Wurzburg.

Röntgen didn't leave his laboratory for the next six weeks while he deepened his knowledge and research into this chance find. He stayed there, working, even though his apartment was on a floor above the lab.

On December 22, Röntgen made the first X-ray image of a human body part - it was his wife's hand. 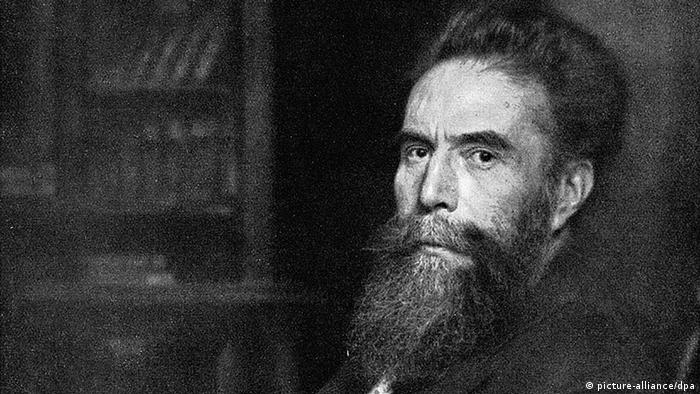 Wilhelm Conrad Röntgen was awarded the 1901 Nobel Prize in Physics

Six years later, he received the very first Nobel Prize in Physics. The Nobel Committee said it was "in recognition of the extraordinary services he has rendered by the discovery of the remarkable rays subsequently named after him."

The discovery of the X-ray radically altered clinical diagnostics. It was used routinely in the First World War. It's been used to diagnose bone damage, as well as bacterial infections, such as tuberculosis.

These days, X-ray technology is not only used to diagnose illnesses, however. It is also used during operations, such as during tumor removal, to monitor the location of medical instruments.

In fact, X-ray technology is used widely in everyday life - in industrial settings and at security checks at airports for instance. 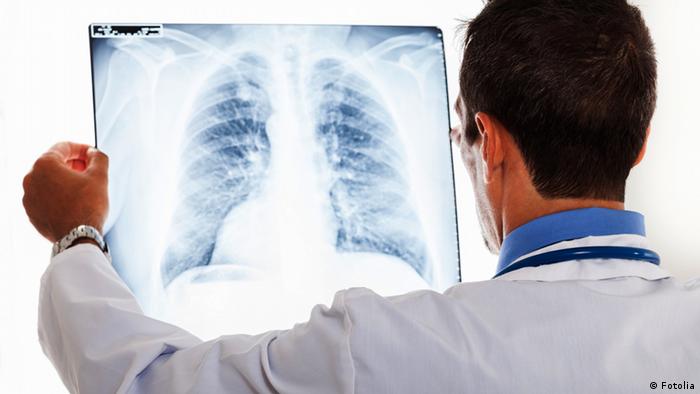 X-ray technology is widely used today, although we now have a better understanding of the risks

It is used to scan luggage, to authenticate valuable works of art, to check the details of archaeological objects and fossils, and to detect material defects in building parts.

Late recognition of the risks

It wasn't until the 1950s, though, that doctors and physicists recognized the risks inherent in X-rays.

The X-ray is ionized radiation, which means it can raise the risk of cancer in patients. This only entered the public consciousness after the Second World War.

Today doctors limit their use of X-ray to what is necessary.

Wilhelm Conrad Röntgen died of bowel cancer in 1923 at the age of 77. But his cancer is unlikely to have been caused by his experiments. The radiation dosage he exposed himself to was too low - his set up lacked the power.

Bones from the 3D-printer

Researchers are developing a 3D-printer they hope will be able to print bones that come with their own blood vessels. That would highly improve the viability of print-out tissue. Printing whole organs could be next. (24.03.2015)

European Union investigators are reported to have uncovered major deficits in security checks at Germany's biggest airport. The European Commission has so far declined to comment on the report. (21.12.2014)