Visitors to Germany's Harz Mountains will now be able to walk along the world's biggest pedestrian suspension bridge. The record-breaking structure stretches more than 450 meters across the Rappbode Dam. The bridge, dubbed the "Titan-RT," was officially opened to the public at a ceremony near the central German town of Oberharz am Brocken on Sunday.

With a suspended length of 458 meters (1,502 feet), it overtakes the 439-meter SkyPark bridge in Sochi, Russia, as the longest pedestrian suspension bridge in the world.

The imposing structure stretches some 100 meters above the waters of Germany's highest reservoir, the Rappbode Dam, and is built to undulate with shifts in weight and movement. 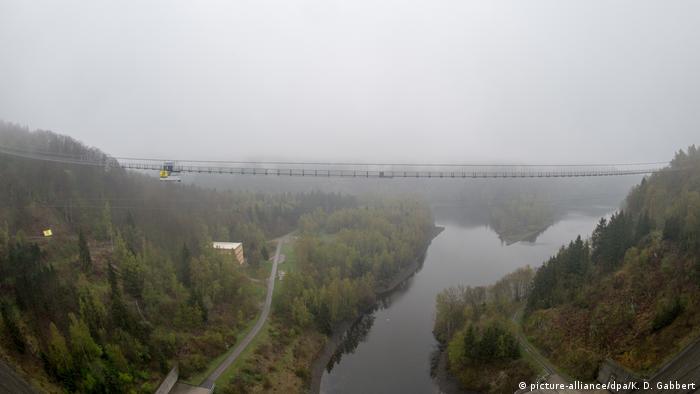 The opening follows almost five years of planning and construction.

"It's a sense of resolution, because it took so long," Maik Berke, owner of bridge operator Harzdrenalin, told regional broadcaster Mitteldeutscher Rundfunk.

"It is the longest suspension bridge of its kind … my greatest hope is that people leave the bridge with a smile on their face." 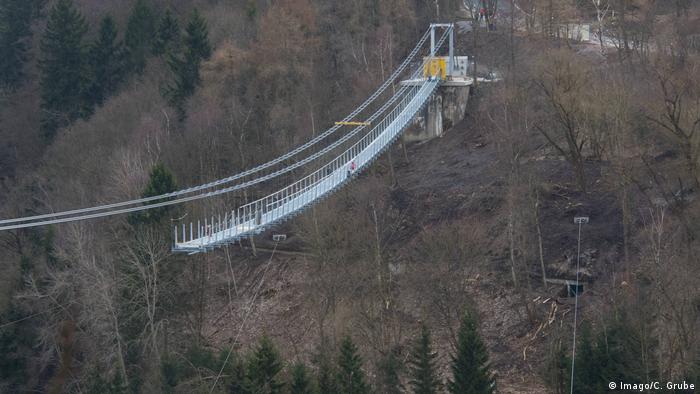 The cable construction, with a pulling force of 947 tons, is anchored in slate rock on both sides of the Rappbode valley.

Harzdrenalin said daredevils will have the option of doing a 75-meter pendulum jump from the structure. A new visitor center is also being built at the site.