The number of cancer cases will rise by half by 2030, the World Health Organization (WHO) has warned. Developing countries are set to bear the brunt of the increase, with governments urged to take preventative action. 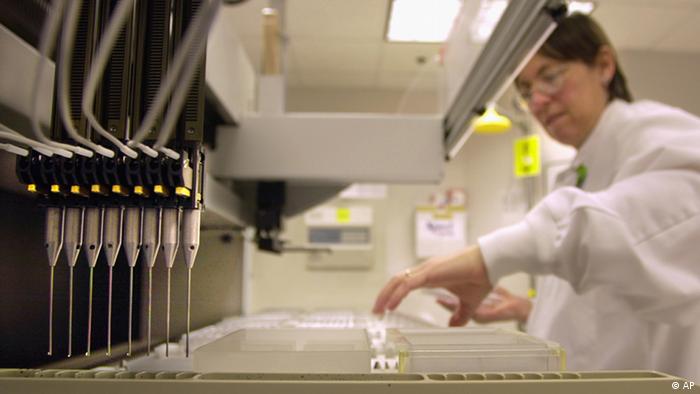 A report by the WHO's France-based International Agency for Research on Cancer (IARC) claimed that new cases of cancer rose to an estimated 14.1 million in 2012, with 8.2 million cancer-related deaths.

According to Dr. Christopher Wild, director of the WHO's cancer agency, 70 percent of global cancer deaths are now in emerging markets in Africa, Asia, and the Americas. He tells DW what's behind the increase rates. (03.02.2014)

The report - a collaboration of over 250 scientists from more than 40 countries - says that, in 2010, the global cost of cancer was estimated to reach around $1.16 trillion (963 billion euros). Released on the eve of World Cancer Day, it claims one in five men and one in six women worldwide will develop cancer before the age of 75, while one in eight men and one in 12 women will die from the disease.

"We need to complement the efforts that have been made to improve treatment with more focus on prevention," Dr Christopher Wild, director of IARC, told DW on Monday.

"We've learned a lot about the causes of cancer, and also how to detect it early, but we don't always see that information being translated into effective cancer control policies at a national level.

Those in developing countries continue to remain at high risk, according to the report, due to the "double burden" of infection-related cancers and those associated with industrialized lifestyles.

"In low- and middle-income countries, it is critical that governments commit to enforcing regulatory measures to protect their populations and implement cancer prevention plans," said Dr Bernard W Stewart, a co-editor of the report said via press release.