With just two wins to their name all season, Wolfsburg are in need of some inspiration. The 20-year-old Riechedly Bazoer signs for a reported 12 million euros and will join the Wolves in January. 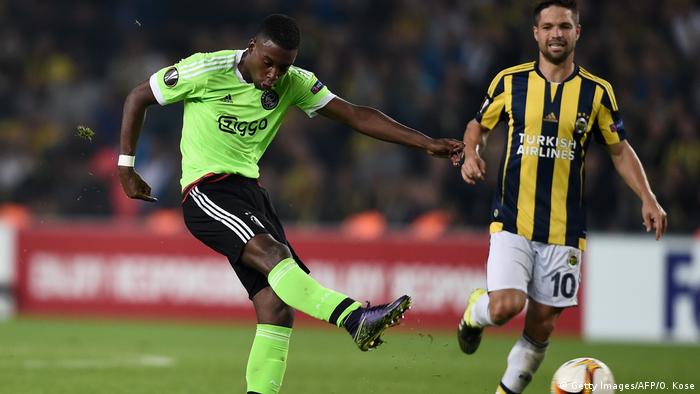 Struggling Wolfsburg have agreed to sign Dutch international midfielder Riechedly Bazoer from Ajax for a reported fee of 12 million euros.

"We have had a close eye on Riechedly Bazoer for quite some time and we are delighted that he has opted to sign for Wolfsburg, in spite of having further offers from other renowned clubs, interim sport director Olaf Rebbe told the club's website.

"He is just at the beginning of his career and we are convinced that he will make the next step in his development here with us."

The 20-year-old already has six full caps for the Netherlands and can make his competitive debut for Wolfsburg at home to SV Hamburg on January 21.

Bazoer has signed a four-year deal after moving on an undisclosed fee to the crisis club who are currently 15th in the table. Wolfsburg replaced coach Dieter Hecking with Valerien Ismael earlier this season and fired sporting director Klaus Allofs this week.