A cancer diagnosis often no longer means an automatic death sentence. Professor Wilhelm Bloch of the German Sport University Cologne spoke to DW about the positive effect sport can have on a cancer patient's recovery.

DW: Professor Bloch what specifically are you and your colleagues at the Institute for Circulatory Research and Sports Medicine at the German Sport University Cologne working on?

Wilhelm Bloch: We are currently working on a major European Union research project on the therapeutic effects of highly intensive interval training on women with breast cancer. We are looking for new approaches to therapy; we want to find out what happens in the body of a cancer patient when he or she engages in sport. We are trying to find out what effect sport may have, and how it could support cancer therapy.

How does this compare to your previous approach?

When we started our research in 2007, the main focus was on the side effects caused by a tumor or therapy. Over time, however, it became clear that physical activity can achieve more than just limiting side effects.

First, there is the preventive factor; someone who engages in sport is already doing something that helps reduce the risk of getting cancer. On the other hand, sport also helps patients recover from cancer. Currently, the focus is on using sport to enhance the effect of the principal therapy.

What processes take place in the body of a cancer patient who is physically active?

Sport triggers processes that help to fight the tumor. Sport doesn't cure the cancer, but it does enable the body to cope better with the cancer or it improves the effect of the therapy. A central mechanism in this regard is stimulating the immune system. Physical activity always triggers a form of stress on the immune system. This reacts by changing its control variables and activity. This in turn leads to immunological processes that have a direct influence on the cancer.

One example of what we are researching is natural killer cells. These recognize tumor cells, attack them and can also destroy them. We call this lytic activity. This means how many tumor cells are dissolved by the natural killer cells. However, these killer cells vary in how aggressive they are. The activity of these cells increases in trained athletes and after exercise. There are also many other cells that react similarly in combatting cancer. 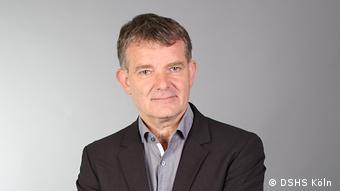 How active are these killer cells?

We assume that the body is flooded with a lot of degenerate cells each and every day. Fortunately, the body generally copes well with this. But there comes a point at which this no longer works and a nest of tumor cells settles somewhere. This can remain dormant for many years, but then suddenly a tumor starts to grow. This threat is present at all times. If you have a certain physical predisposition or genetic changes, sport won't help you prevent it. One example is skin cancer. But sport can help to slow down the small events, which is already a major benefit. We look at probabilities; like by what percentage I can reduce the risk.

What sort of sporting activity should I engage in to help prevent cancer?

If you walk or run moderately for six hours a week, you will reduce your risk of colon cancer by 40 percent. For prostate cancer, the risk is reduced by between 25 and 30 percent. The same applies to breast cancer. With bowel cancer in particular, good nutrition is a good means of prevention.  Being overweight increases the risk.

Are there also types of cancer for which sport is of no benefit?

There are a few types, such as rectal cancers, where no benefits have been demonstrated. With lung cancer there are only small benefits. But if you smoke, the effect on the development of a tumor is much greater than you could compensate through physical training anyway. In principle, however, it's true to say that physical activity reduces the risk of developing almost every kind of tumor. 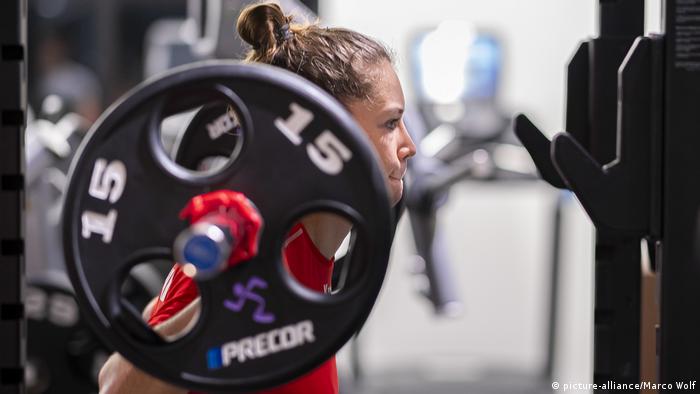 How does sport support cancer therapy?

Stimulating the immune system is beneficial. Exercising the right way at the right intervals also improves a patient's overall health. A fit patient can deal with more therapy than one who is less fit. A patient who isn't fit may be forced to suspend chemotherapy, because he or she simply can no longer take it physically. This increases the risk that the therapy will not be successful.  We now believe that it is almost a must to consider sports and exercise therapy when treating cancer patients.

So more training is significantly better?

If a patient is fit, he or she is able to withstand therapy longer or at a higher dosage. Sometimes competitive athletes can take very high dosages that one could never give a "normal" person. It would be extraordinary if that patient even survived.

Which kind of training is preferable during cancer therapy, endurance or weight training?

We haven't gotten far enough in our research to say for sure. In the past, we would have advised patients to do gentle, moderate endurance training. Today, patients can also do highly intensive interval training, if they are doing it right. These days we go for a combination of strength and endurance training, including some highly intensive units. We need to build up the muscles that the patient loses during therapy. Sport can be used as a kind of medication. I see sport as a form of medicine.

Professor Wilhelm Bloch heads the Institute for Circulatory Research and Sports Medicine at the German Sport University Cologne, where he conducts research in the field of molecular and cellular sports medicine. His research focuses on the medical and biological reaction of tissues and organs to physical strain. He also conducts research on the effect of physical activity on cancer patients.