Wigald Boning plays the flute, the saxophone and various keyboard instruments; preferably with the guests of “Night Grooves” at Haus Schminke. 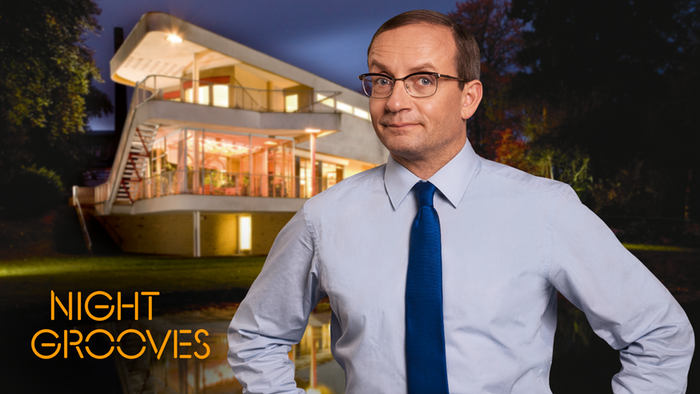 Wigald Boning has never been interested in musical boundaries. In the early 1980s, he played in the punk jazz band “KIXX” but he was only 21 when he left after discovering the appeal of German folksongs and deciding to concentrate on this repertoire. Soon afterwards, he landed a role in “Hard Days, Hard Nights”, a film about a British beat band in 1960s Hamburg.

As a child, Wigald Boning hated his piano lessons and his teacher’s barking Yorkshire terrier. He would fix the clock ahead of time so that his lessons were shorter. He preferred to teach himself how to play the flute. Now, he can play almost a dozen instruments.

Boning and others discovered his talent for comedy almost by chance when he had a role as a serious interviewer in a documentary film. In the 1990s, he became one of the leading faces of Samstag Nacht, a German network comedy program.

This was also the time of his musical breakthrough, as part of a duo called “Die Doofen” with the comedian Olli Dittrich. Their album “Liedern, die die Welt nicht braucht” (“Songs that the world doesn’t need”) topped the German charts for weeks.

Wigald Boning’s trademark are his quirky and eccentric clothes. He only dared don jeans – a first – after Anastacia took charge of his outfit for the first edition of “Night Grooves”.