Not known for their flirting skills, Germans can only look on with envy when their more adept European neighbors show them how it's done. Columnist Peter Zudeick explains why you'll rarely catch Germans flirting. 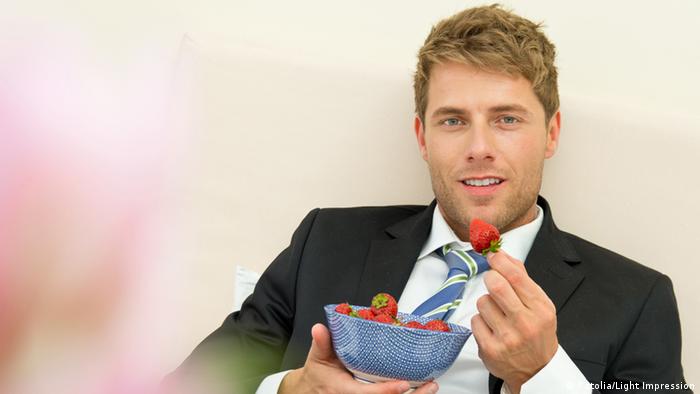 Germans are nothing if not thorough. So seeing the French and the Italians effortlessly mastering the art of flirting makes them determined to figure it out for themselves. First of all, that entails looking up the word "flirt" in the dictionary to see where it comes from. No one knows, exactly. These days it's an Anglicism but its origins are probably French. It has been attributed to the old French conter fleurette, which means "to (try to) seduce by the dropping of verbal flower petals," that is, "to speak sweet nothings."

The trouble is, that's never come naturally to the average German.

A newer dictionary, however, reveals that "flirting is a social and sometimes sexual activity involving verbal or written communication as well as body language by one person to another, suggesting an interest in a deeper relationship." Aha. This is something even the average German should be able to get the hang of.

Unfortunately, we're not exactly subtle about it. As the popular German folksong Wenn alle Brünnlein fließen puts it: "When you can't call your sweetheart, well, then you wave." Fair enough. But it goes on: "Yes, beckon with the eyes and step on the foot, tripping her into the parlor, she who must be mine." It fits the definition: a social and sometimes sexual activity involving body language. Even if that means a mix of fluttering eye-lashes and assault. 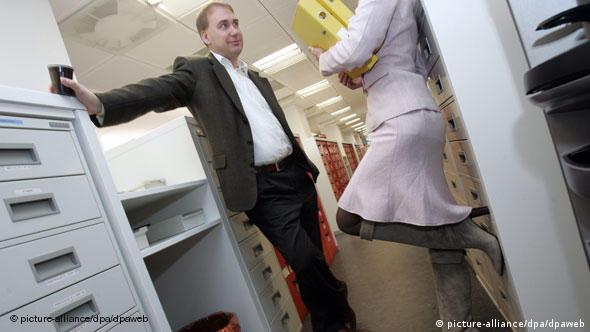 One area you might encounter flirting is in the work place

So why are we so clumsy?

It was ever thus. All Germans are familiar with the epic poem, The Song of the Nibelungs, which recounts the tale of the beautiful, invincible Brünhild, her suitor Gunther and the dragon slayer Siegfried. Gunther wants Brünhild, but she's mad at him, ties him up with a girdle on their wedding night and hangs him on a nail. Gunther's buddy Siegfried comes to his rescue, sneaking into their bedroom in his invisibility cloak to tussle a bit with Brünhild until she is defeated. Siegfried then disappears into the night, leaving Gunther to, as a lawyer might put it, consummate his marriage. Afterwards, Brünhild has lost both her virginity and her magical powers.

It pretty much sums up the German attitude to flirting: tussle a bit with the object of your desires until she is defeated. Chatting someone up is a trial of strength and if you lose, you get hung from a nail. Forget all the playfulness, the banter, the teasing, shy smiles and eye contact - the whole shebang that's part of romancing a woman. It's just not what German men do.

And come to think of it, why is it all up to the man anyway? Why does he have to do all the donkey work? Back in the days of courtly love, the ladies knew exactly how to charm a man with a glance, a gesture, a flutter of her fan. They were gifted in the art of seduction. If only they could flush Brünhild out of their genetic make-up once and for all, flirting in Germany could finally start to flourish.

We Germans are famous for our love of order. But it's not as if we invented it. We just realized that it makes life a whole lot easier. In his first column, Peter Zudeick explains why there must be order. (19.11.2012)