The race for the next African Development Bank (AfDB) head is on. Eight candidates are contesting for the job. The incumbent Donald Kaberuka’s second term will end at the end of the year. Who will be his successor? 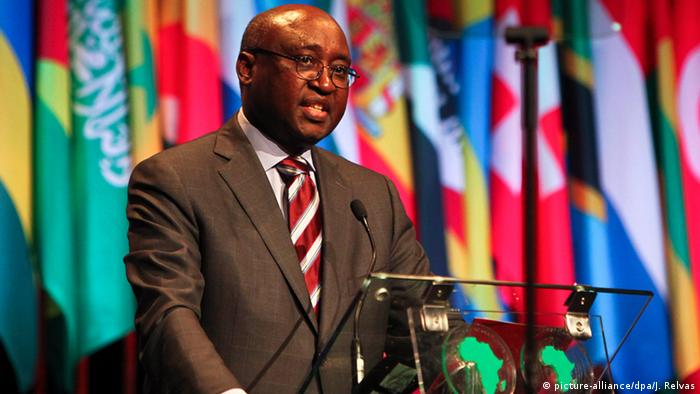 1. Sufian Ahmed: The maker of one of Africa's leading economies

He is Ethiopia's long serving Minister of Finance and Economic Development. Ahmed is known to many as the one who has made his country one of Africa's leading economies. He currently serves on the Board of Governors at the African Development Bank. He is an economist and holds a master's degree in economic development and planning. Ahmed believes that he is the best man for the top job, but his lack of other languages, particularly French, which is one of the working languages of the bank, might be a big minus for his candidacy.

He is Tunisia's former Minister of Finance. He was appointed an interim minister during Tunisia's Arab spring in 2011 and left the position in December 2011. He is a politician, a musician, a composer and he has wide experience in international banking and finance. He is an economist and holds a master's degree in economics. If chosen as the president of the bank, he hopes to guarantee a better future for all Africans.

3. Cristina Duarte: Could be the first female president 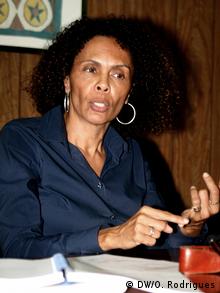 Cristina Duarte is the Minister for Finance, Planning and Public Administration in Cape Verde and has been in the post since 2006. She has been working hard to raise Cape Verde from a low to middle-income country. She is also known for her determination in undertaking reforms and building institutions in response to emerging global and development challenges. She has 30 years of experience in government and the private sectors. She is an economist and holds a master's degree in business administration. 52-year-old Duarte is the first woman to vie for the presidency of the African Development Bank.

He is Chad's Minister of Finance and Budget. He has worn several hats in his banking career and worked for almost three decades within the Pan-African institution and he knows exactly where the bank needs a make-over. He knows the bank inside out and has now decided to run for the top job. He is a telecommunications engineer and holds a master's degree in electronics. His major interest is to use the position to create sustainable employment to cater for the needs of young men and women who make up the largest part of the African population.

He was once the governor of the Bank of Sierra Leone and is currently the Minister of Foreign Affairs. Some people describe him as an articulate, unassuming diplomat with vast experience in economic development. He thinks he can speed up the way the bank is operating and so accelerate the pace at which the continent is moving. He believes that the mix of his experience in international banking, in general economic management and international diplomacy make him the best man for the job.

6. Akinwumi A. Adesina: "Africa is not a continent of poor people" 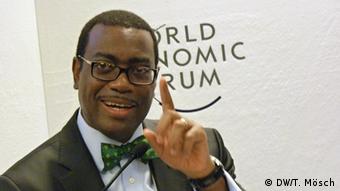 He is the outgoing Minister of Agriculture and Rural Development for Nigeria. He has been in the post since 2010. He is a supporter of the Green Revolution in Africa. As a minister, Adesina transformed the Nigerian agricultural sector. He holds a PhD in agricultural economics. Having experienced poverty first hand, Adesina's goal is to bring hope and prosperity to all African people. He is seen as the man who could boost the rural economy and strengthen regional trade.

An experienced Zimbabwean economist and development banker, Thomas Zondo Sakala is the South African Development Community (SADC) nominee. He is the former Vice-President of the African Development Bank in charge of country and regional programs, a position he held till 2014. Sakala was born on 3 March 1955 in rural Zimbabwe where he attended primary and secondary school. He holds a master's degree in economics. Sakala's compaign centers around building a confident, integrated and prosperous Africa. He thinks having a winning team is core to having a successful bank that serves Africans.

He is currently the Vice President of the Islamic Development Bank. He is another veteran of the AfDB. Prior to his current post, Sidibe worked for more than 20 years in the AfDB, holding several technical and managerial positions. He holds an engineering degree and master's degree in water and sanitation. His vision is to have a modernized, dynamic, effective African Development Bank, responsive to the needs of its members, providing innovative and lasting solutions in the service of the emerging continent of Africa. He is counting on his two decades of experience to get him the job.

At a summit in Indonesia, leaders of Asia and Africa have pledged to cooperate more closely and called for a financial world order more open to their emerging economies. But is this a relationship between equal partners? (23.04.2015)

Agribusiness begins to boom in Africa

The world's population is constantly growing, and with it the interest of investors in Africa's arable land. The continent has vast untapped potential - but can local producers compete with foreign companies? (22.01.2015)

A recent report from the African Development Bank says the middle classes are booming in Sub-Saharan Africa. But while economic development might be moving fast, huge inequalities still remain. (28.10.2011)