What you need to know about WhatsApp′s new checkmark and how it affects privacy | Science | In-depth reporting on science and technology | DW | 06.11.2014

The popular messaging app WhatsApp now allows senders to see exacly when their messages have been read. This change has led to widespread criticism among many users. 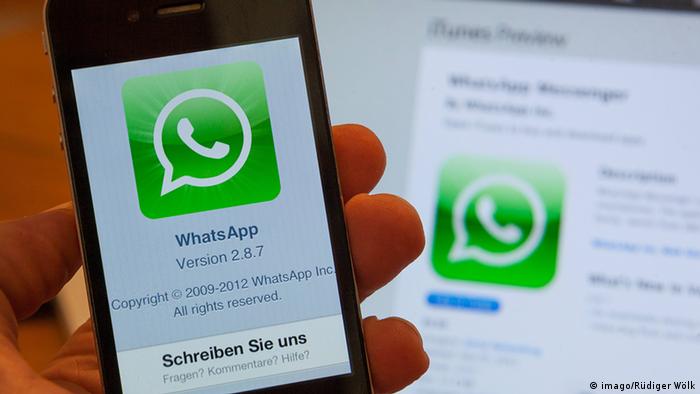 If you are among WhatsApp's 600 million users around the world, you may have noticed minor changes to the app. But, unlike other apps such as Facebook messenger, WhatsApp didn't allow users to see whether their messages had been read by recipients. That is set to change.

For the first time WhatsApp users will be able to see whether the recipient of the message has read it. Before this change, a checkmark that appeared on a message meant that it had reached WhatsApp servers. A second checkmark showed it reached the recipient's smartphone. Now a new layer has been added. Once the message is opened, the sender sees both the checkmarks marked in blue.

Obviously, not everyone is excited about not being able to use the "I didn't get your message" excuse. There were more than 1,000 tweets mentioning the words "WhatsApp update" within an hour by 12:30 UTC, according to Topsy, and more than 24,000 mentioning the word "WhatsApp" alone. Opinions about the recent update are varied:

WhatsApp also added the ability to enter an "information screen" of each message separately, allowing the sender to see time at which the message was sent, received and read.

As can be found in the app's , group chat and broadcast messages are also impacted by this change. If the message was sent in a group, it is now possible to see who has read it and when. All you need to do is press and hold the message itself, and then click "i."

German app "Telegram Messenger" is gaining popularity in South Korea, where people are searching for alternatives to "Kakao Talk," which the Korean government was reportedly monitoring. (08.10.2014)