What goes on inside a black hole

Ever wanted to peek inside a black hole, even if just in theory? Kip Thorne, the physicist behind "Interstellar" and "Contact," takes us on a headlong dive into space-time exotica. 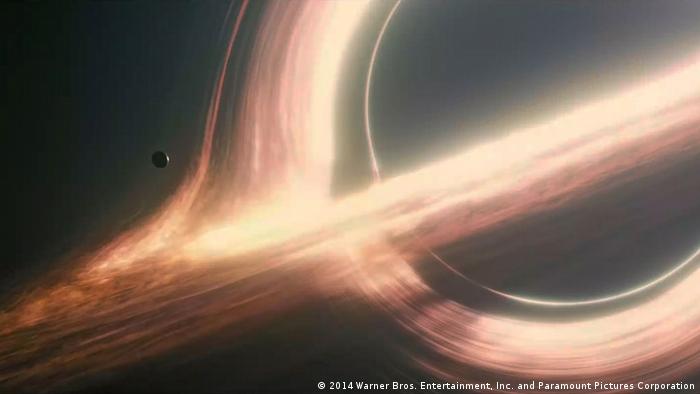 DW: What happens inside a black hole?

Kip Thorne: What we [physicists] know is this: There are three singularities inside a black hole. We didn't know that until recent years.

One of them is very violent, very lethal. It's a singularity in which there's a chaotic oscillation of the stretching and squeezing of space, what we call tidal force (like the forces by which the moon raises the tide on the earth's oceans). And this chaotic stretching and squeezing will take your body as you approach that singularity. And it will stretch your body in one direction, while squeezing it in two other directions briefly. And then it will stretch in one of those other [directions] and squeeze in two directions - briefly.

More recently, it's been discovered that there are two other singularities.

One of them, that I like to call an in-falling singularity, is understandable in this way: If you fall into a black hole in order to experience the singularities, everything that falls in after you over the entire life of the universe is seen by you. It's coming down at you behind you very rapidly ... And because of the compression of time inside a black hole, what falls in after you and over billions of years comes down on you in a fraction of a second - and in a sheet of energy that you don't want to encounter.

Then there is the up-flying singularity. That was discovered just a couple of years ago. And this is caused by all the stuff that fell into the black hole before you did. Some of it, just a tiny fraction, is scattered back at you. And that is probably the most gentle of the singularities. So if you are going to encounter a singularity, that's what you should encounter. And that is the singularity that the character Cooper encounters in the movie "Interstellar."

What about cosmic censorship, which states that scientists will never look through the horizon of a black hole...

Cosmic censorship says that all singularities - places where gravity becomes infinitely strong - occur only inside black holes (except the big bang singularity when the universe was born). So at least we can have some hope of studying the birth of the universe, that one kind of singularity.

I hope that cosmic censorship is wrong. But at the present all the evidence we have suggests that it's correct.

If you could ask an omniscient alien just one question, what would it be?

I'd like to know the laws of quantum gravity - the laws that are more fundamental than any other set of physical laws that we're aware of. They, in some cases, should arise from a marriage or unification of quantum physics with Einstein's relativity physics.

Quantum physics - with random fluctuations - is occurring all the time, everywhere, on small scales.

And relativity describes the warping of time and space, usually on very large scales.

If I knew these laws, then I could use them to answer questions like: How was the universe created? Where did it come from? What happens inside a black hole? Can I make a time machine to get backwards in time? By finding these ultimate laws, I can answer the deepest questions that we know about the universe.

Astro- and particle physicists are in the midst of something of a golden age. At CERN, they're looking for hints of new physics, like extra dimensions. What could we learn from that?

That would be just wonderful if they find evidence of that. That would be tremendously important for fundamental physics. The extra dimensions are predicted to exist by string theory, but we don't know whether their properties are such that they would produce the phenomena that you would see there at CERN. You have to have one large extra dimension so that the size is basically macroscopic at a scale of like a millimeter or so - or larger than that. For CERN to be able to see science, you have to have a big extra dimension. And if that is seen, it would have a huge impact on our understanding of the laws of nature. 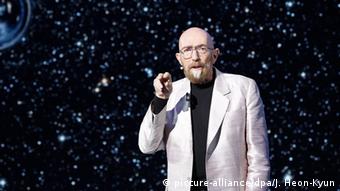 Kip Thorne at a press conference in South Korea

How have these exotic things changed your view on everyday life?

It helps me to understand the powers of science, the limitations of science. It's helped me to understand how ideas that may be speculation, or either disproved by science, or become truth, firm up as we get more information ... [I]f you look at the problems a society faces, there is no question that global warming is truth - and that humans are responsible for a significant part of it. That was once speculation; it is now absolute truth. And I only wish that politicians, particularly in my country, understood science to the point that they would accept what science really says about global warming.

In the movie "Interstellar" there is an extremely lethal blight that is unlike any pathogens we've ever seen. But it's one that could exist, as my biologist friends tell me. It's one that is extremely lethal, and it jumps from one species of plant to another, to another - and ultimately decimates all the crops that humans rely on.

We have seen examples of biological organisms that have wreaked enormous havoc on the human race: the plague in the Middle Ages, and the AIDS virus, more recently. And much worse things could be in store for us in the future. If you don't believe in evolution, you can't deal with things like that.

Theoretical physicist Kip Thorne is one of the leading experts on the universe's most exotic phenomena: black holes, singularities, time travel, wormholes. He worked as scientific consultant in the sci-fi film "Interstellar."

Alien megastructures, or just a whole lot of gas?

The inexplicable dimming periods of a star in the Milky Way have some shouting "aliens." European scientists say they know better. (16.10.2015)

The gigantic black hole at the center of a far-off galaxy is said to have originated in the early stages of our universe. What's so special about another black hole? Well, it could tell us how the universe came to be. (26.02.2015)

With telescopes, size does matter

Astronomers intend to build the largest telescope ever in Hawaii. Protests have already halted construction works several times. A compromise, though, seems out of the question. Brigitte Osterath reports from Hawaii. (23.10.2015)