West loses out in battle for ′hearts and minds′ | World| Breaking news and perspectives from around the globe | DW | 09.01.2014

West loses out in battle for 'hearts and minds'

A new survey carried out in Afghanistan suggests NATO troops have a harder time winning over civilians than Taliban fighters. With withdrawal imminent, what lessons can the West learn from military intervention? 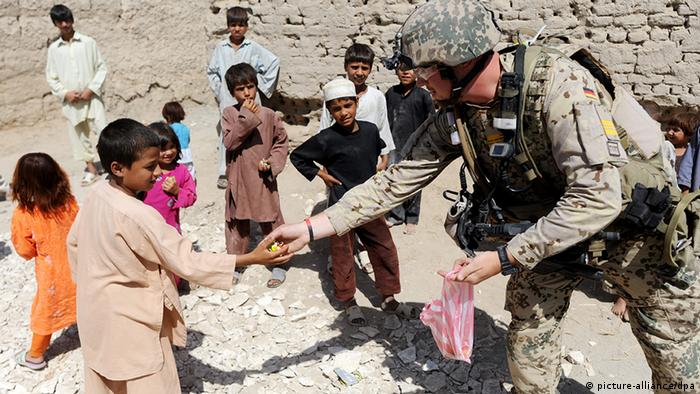 Better late than never, some might say. After 12 years of war - at the cost of over 3,400 soldiers' lives - a new survey carried out in 204 villages across five Afghanistan provinces appears to show that ordinary Afghans prefer the Taliban to NATO's International Security Assistance Force (ISAF).

The survey, conducted by a team from Yale and Princeton universities and based on interviews with nearly 3,000 Afghan men, found that while harm caused to civilians by ISAF soldiers increased support for the Taliban, the opposite did not hold true: Taliban violence did not result in more support for NATO.

"While it would be inaccurate to conclude that the Taliban can harm civilians without repercussions," one of the researchers, Jason Lyall, wrote in the Washington Post, "it is apparent that they enjoy (if that is the right word) far more latitude than ISAF." 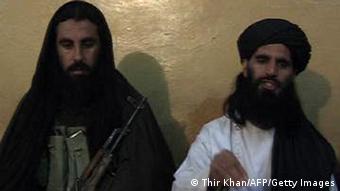 The Taliban has 'far more latitude than ISAF'

Some analysts raised questions about the reliability of the findings. "It's pretty obvious that that's what people would say," Gareth Price, senior researcher at Britain's Chatham House think tank, told DW. "In many places there's not a massive support for the Taliban, but if they're in the nearby village they're not going to start criticizing them. Whereas if you criticize ISAF you're not going to suffer immediate repercussions."

The researchers attempted to waylay these concerns by using an indirect questioning method "designed to minimize these issues." But objections notwithstanding, even skeptical analysts admit that the findings are probably accurate. "It's nothing particularly surprising," said Peter Quentin, a researcher at the Royal United Services Institute and former officer who served in Afghanistan with the British army in 2010. "What is interesting is that this is saying: if there's one priority it should be minimizing exposure to violence for the civilian population."

That, Quentin points out, supports the counter-insurgency strategy - often called COIN - that President Barack Obama's administration expanded in Afghanistan. The theory, championed by General David Petraeus, ISAF commander from 2010 to 2011, was that counterinsurgency had to be bolstered by public diplomacy - even at the expense of taking more casualties.

COIN has been roundly condemned as a failure in Afghanistan, and in fact former US Defense Secretary Robert Gates' memoirs, parts of which were leaked on Wednesday (08.01.2014), show that Obama himself had little faith in the US' military's Afghan strategy. According to Gates, Obama appears to have believed that the war was unwinnable and that the best option was to find a way out as quickly as possible. 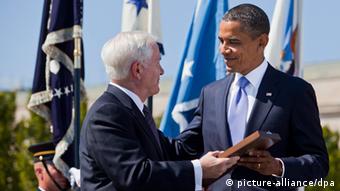 Gates says Obama was never convinced of success in Afghanistan

The survey's practical value for Afghanistan seems limited at this stage. The NATO-led coalition, some 43 countries, is already in the process of withdrawing from the country, with the last troops scheduled to leave by the end of the year. What is at stake now is the future of Afghanistan, and how the Afghan National Security Forces, who are funded by a variety of western countries, deal with Taliban and al Qaeda threats.

"Afghanistan is not about ISAF versus the Taliban," said Quentin. "It's a whole galaxy of different factions all slugging it out over a variety of different conflicts. If you're going to think in those terms, it should be about ANSF and the Taliban."

Yet the study does offer insights that could be useful for the future, should NATO want to put "boots on the ground" elsewhere. Quentin has first-hand experience of the practical difficulties behind the "hearts and minds" mantra: "On patrol, you sit down with the locals and you say, 'We're going to build you a school.' 'We don't want a school thanks.' 'Ok, why don't you want a school?' And they say, 'Well we don't want the girls educated with the boys.' 'Well, we'll build you two schools.' 'No, no, we're good for schools, thanks.' 'Well, do you want a bridge or a well?' Then they say, 'No if we want any of these things we'll build them ourselves,' because, of course, they are resourceful and independent with little desire for anything from the government beyond the security that enables them to get on with their own lives."

These kinds of accounts, like the new study, seem to back up the growing sense - both within NATO leadership and the larger western public - that major troop deployments are virtually guaranteed to be unpopular and are ultimately futile in their ultimate goal: creating a democratic society where anti-western jihadist groups can't thrive and seize power. The recent resurgence of al Qaeda in Iraq has only magnified that feeling. 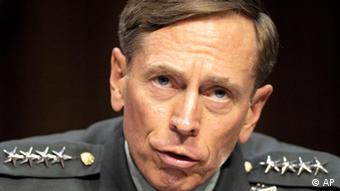 Petraeus was leading advocate of the COIN strategy

But one of the study's authors, Jason Lyall, is not so pessimistic. "It isn't hopeless, just really hard," he told DW in an email. "There are steps that can be taken to mitigate the negative consequences of intervening." He went on to make a number of suggestions: "Building up the villages/areas where the intervener's support is strong as 'showcase' areas before moving into more contested areas," "keep aid programs in these contested areas small and focused on victims of fighting," and "shift resources away from foreign contractors (e.g. for food) to local suppliers to build up an interest group with a vested stake in your success."

Easier said than done. But as Lyall also says, NATO can achieve its aims without necessarily being popular and establishing a western-style liberal democracy: "I'm not entirely convinced that interveners need to win over hearts and minds completely. They don't necessarily need to like you or be swayed to all of your views in order for a counterinsurgency campaign to be successful."

Judy Dempsey, senior associate at Carnegie Europe, is a withering critic of all military intervention. "NATO is an occupying force, and people don't like being occupied. And we're leaving Afghanistan in a frightful mess," she told DW. "NATO spent billions trying to train an Afghan army - not training them properly, not enough interpreters, not enough equipment, and of course poorly paid. It's a sticking plaster."

"I used to believe in hard power, but where has it worked? It didn't work in Sudan, didn't work in Northern Ireland, hasn't worked in Iraq or Afghanistan," she said. "I think there has to be a whole re-definition of the meaning of soft power and hard power."

What that means is a whole other problem though. The prevailing view at the moment seems to be that no kind of power - hard, soft, or some combination of the two - really works. And it will be long time before NATO gets its appetite for intervention back.

Break-through year ahead for the US?

US President Barack Obama is scheduled to give his annual State of the Union address on January 28. Social equality is just one of the issues at the top of his political agenda -ahead of crucial midterm elections. (08.01.2014)

Afghanistan is planning to release 88 people from Bagram military prison, undermining an already shaky relationship with the United States. Washington's warnings have fallen on deaf ears. (03.01.2014)

Germany's stance on EU security and defense has been pretty unambitious. But ministers in the new coalition government may push Chancellor Merkel toward supporting greater integration, argues Thorsten Benner. (19.12.2013)