Bremen may add another young talent to their squad in hyped United States prospect Jordan Morris. The 21-year-old forward will join Bremen's team during their preparations for the second half of the season. 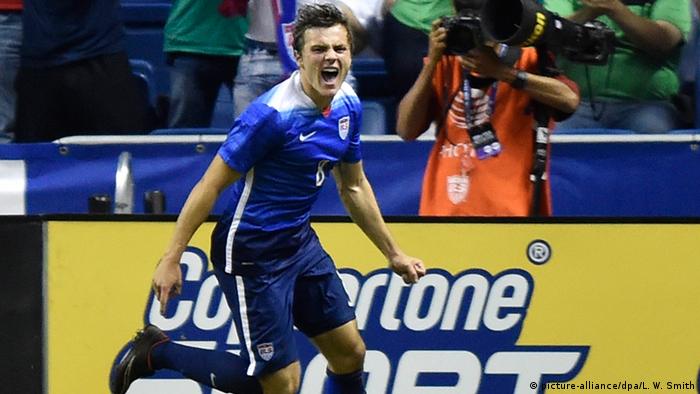 Werder Bremen could be adding another American forward to their squad. They will be giving United States national team youngster Jordan Morris a trial during the winter break, the club released in a statement Tuesday.

Morris (21), a third-year student at Stanford University, will join Bremen's training camp on January 11 in Belek, Turkey as the Bundesliga club prepares for the second half of the Bundesliga season. He will leave after the Hermann Award trophy - given to the best collegiate player of the season - ceremony in St. Louis, Missouri, according to American sports magazine "Sports Illustrated".

Bremen brought in United States international Aron Johannsson over the summer, but the forward has played just seven matches before suffering hip issues. Morris, currently part of the Seattle Sounders organization in Major League Soccer, would add attacking depth behind Anthony Ujah, Fin Bartels and Claudio Pizarro. Bremen have played down any definitive transfer possibilities though.

"It's a good opportunity for us to get to know the player better. Nothing more, nothing less," said sporting director Thomas Eichin.

Morris will forego his final season at Stanford University, the university anounced on their website Tuesday. He helped the Cardinal win their first NCAA Division 1 soccer championship in December. He has made seven appearances for the United States, including one start against Mexico in a friendly.

According to "Sports Illustrated", Morris was supposed to spend his winter break from university in Jürgen Klinsmann's January camp with the United States national team. He will instead join the team on January 20, allowing him to train with Bremen.