Wave of terrorist attacks rip through Iraq at start of Ramadan

A string of deadly attacks have claimed dozens of lives across Iraq. The violence came as Iraq began celebrating the holy Muslim month of Ramadan. 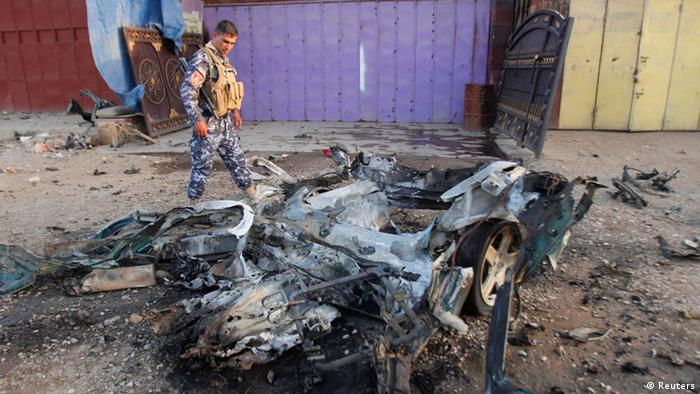 Bomb and gun attacks claimed the lives of at least 30 people across Iraq on Thursday. There was no immediate claim of responsibility.

The deadliest occurred overnight when militants shot dead at least 11 police officers northwest of Baghdad. The victims had reportedly served as security guards of an oil pipeline near the town of Haditha, which lies about 220 kilometers (140 miles) outside of the capital.

Later, two explosions - first from a car bomb and then from a suicide bomb - at mourning ceremony in the city of Muqdadiyah killed at least 10 people wounded 22.

Iraqi security forces increasingly came under attack on Thursday afternoon, with roadside bombs killing two police officers in Mosul and Fallujah. In Baghdad, a car bomb left at least one policeman and two civilians and left at least 10 people wounded.

An off-duty soldier was later gunned down by militants in the northwestern city of Mosul.

Further attacks on police stations in Fallujah and Ramadi claimed the lives of nearly 10 police officers, according to the news agency Associated Press.

The news agency AFP reported bombings and gun attacks on security forces in Tikrit and Khaldia.

A surge in violence has claimed the lives of over 2,500 people since April, raising fears that Iraq could once again see death tolls comparable to those during its 2006-7 sectarian war.