Wall Street′s rental empire - the next subprimes? | World| Breaking news and perspectives from around the globe | DW | 24.12.2013

The financial crisis was sparked by subprime mortgages in the US. Now Wall Street hedge funds are investing heavily in property again - this time to turn a quick profit from rentals. But are they risking another crash? 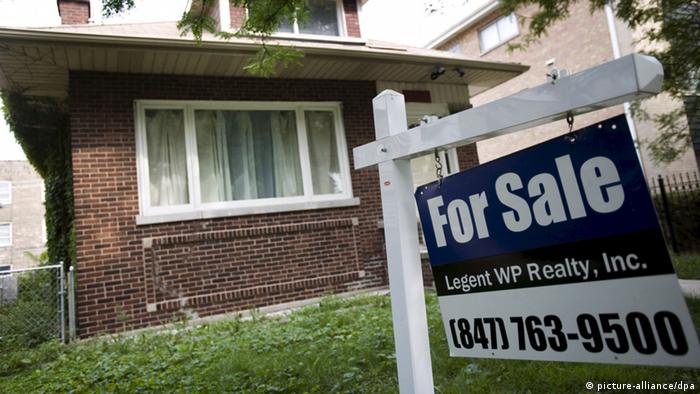 Bad mortgages sparked the 2008 financial crisis in the US and set off a devastating economic crisis in Europe. But what if bad rental contracts did the same - and triggered something even worse? That's what some analysts have concluded in a report by US magazine The Nation on a new business model being developed by private equity firms.

The magazine spotted that Wall Street hedge funds have gathered a huge wealth of property across the US, buying up thousands of the houses foreclosed as a result of the subprime mortgage crisis. The plan is to rent these properties back out - in many cases to some of the same 10 million people who lost them in the crisis.

The firm thought to be dominating this new model is the Blackstone Group, the biggest private equity firm in the world, which has scooped up thousands of such cheap properties often through bulk purchases from the banks themselves. According to the Nation, Blackstone subsidiary Invitation Homes spent $7.5 billion (5.5 billion euros), buying up 40,000 homes in the US at a rate of $100 million a week between October 2012 and November 2013. 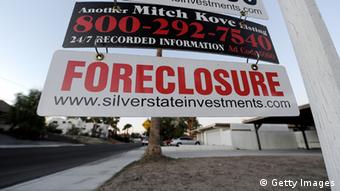 The subprime crisis caused thousands of foreclosures in the US

As a result, Blackstone is now the biggest owner of single-family rental accommodation in the US. And, fittingly, the new business plan is being financed by many of the banks currently contesting lawsuits resulting from the mortgage crisis, including JPMorgan Chase, Citigroup, Morgan Stanley, and Germany's largest bank, Deutsche Bank, which arranged a $3.6 billion credit line so Blackstone could front the cash for the property.

The plan is to securitize - or bundle - rental payments in the same way that mortgage payments were bound up and sold to investors before 2007. When DW contacted him, a Blackstone spokesman in Europe would not respond on the record to the Nation's article, but pointed out that the issue had been raised before - A New York Times editorial published in June this year said Blackstone's new strategy was driving up house prices, thus creating the prospect of another housing bubble.

In response, Blackstone published a blog post claiming that Invitation Homes was only a minor player in the US housing market. "Blackstone is not buying houses in sufficient numbers to make an overall difference in house prices," the blog said. "Blackstone, through its subsidiary Invitation Homes has bought 29,000 homes, representing three hundredths of one percent of all US housing (out of 115 million total units)." 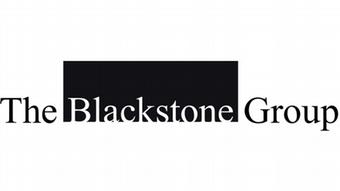 Blackstone is now the biggest private equity firm in the world

In any case, "foreclosed homes are usually abandoned and a blight on the neighborhood, contributing to a downward spiral of home prices," the post continued. "Cleaning and fixing up these houses and putting in stable long term renters improves neighborhoods and the value of everyone's home."

In the meantime, Blackstone appears to be launching the same strategy in Europe - specifically in Spain, a country whose property market was hit hard by the European crisis. Bloomberg reported that the firm agreed in July to buy 18 apartment buildings from the city of Madrid for 125.5 million euros. Anthony Myers, Blackstone's senior managing director of real estate at Blackstone, told a conference in Barcelona in mid-October, "When we looked at the situation in Spain, we thought we could see something similar, where we could replicate a lot of the systems and technology that we created in the US."

Economists in Europe are relatively relaxed about the new development. "The model doesn't seem to be as risky as five years ago," said Ralph Henger, real estate specialist at the Cologne Institute for Economic Research (IW). "The rents shouldn't rise as quickly as the interest payments on mortgages did in those days. They could rise, but within limits, so the families can service them."

Zsolt Darvas, economist at Brussels-based think tank Bruegel, is also not convinced that this is a major threat. "The risk inherent in mortgage-backed securities was much larger in my view, because these securities were issued on the belief that house prices will increase forever," he told DW. "The risk inherent in rental income is much lower: in the event of a major crash in housing markets some tenants may not be able to pay for their rent, but then the rents could simply be reduced, leading to lower income, though not necessarily to a complete collapse of the security."

Darvas also thinks that Blackstone's plan shouldn't simply be condemned outright because of the involvement of Wall Street hedge funds. "True, 'Wall Street people' have major responsibility for causing the crisis and the suffering of millions," he said. "But would it be better if (in the absence of Blackstone and other buying) prices would fall further? That would hurt even more." 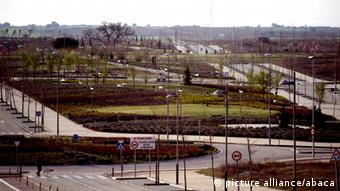 Paying over the odds

On the other hand, equity firms like Blackstone clearly have more interest in turning a profit than they do in creating affordable housing - in other words, their investments are also a bet that the market value of the properties will rise. And they are rising already in Spain - because of the bidding wars between major institutions. Goldman Sachs and Madrid-based private equity firm Azora Capital outbid Blackstone in August by paying almost 20 percent above the asking price for 32 social housing developments sold by the capital's regional government.

Darvas welcomes the fact that there are buyers. "This indicates that prices have likely bottomed out, and there is demand, which may increase prices, which would be good for everyone: current homeowner, banks, investors," he said.

But that is not to say that there aren't dangers. "The decisive point is what Blackstone's strategy is," Henger told DW. "If they want to dominate the market and drive up rent, so the tenants could be unable to pay, and then have to move out, in which case it is dangerous."

This does seem to be happening in the US. According to the Nation, Blackstone has filed eviction proceedings against 10 percent of its tenants in Charlotte, North Carolina, alone, apparently under pressure from investors to make sure that the monthly rent payments are made.

Given that they are already paying over the odds for these properties, it seems unlikely that they will be happy to keep rents low. "The interesting question is - do they want to do this again?" said Henger. "So for one or two years the rent is fixed, and then it'll be 30 percent higher. Then there would be a risk there. In short: are these subprime products or not?"

Henger concludes that one could welcome the implication that these property markets have hit bottom, and an investor has appeared to rejuvenate the market. "Fundamentally, there is little to criticize," he said. "If Blackstone's strategy is just to go in now, simply to buy, not to provide any construction investment, wait for the prices to rise, and then sell it all off in five years' time, then that is unsustainable and one can seriously condemn it, and it is dangerous. But I don't know what the strategy is."

Blackstone, for their part, are saying nothing about their intentions.

'Guilt is not one of their strengths'

Competition authorities in Brussels have slapped a record fine of 1.7 billion euros on six banks for manipulating Libor interest rates. But financial expert Sven Giegold doubts the banks have learned a lesson. (05.12.2013)

In a DW interview, the European Union Commissioner for Development, Andris Piebalgs, has called on Europe to extend the United Nations Millennium Development Goals and do more to combat global poverty. (28.11.2013)