After a referendum failed to garner enough votes among residents, Munich looks likely to drop its bid to host the 2022 winter Olympics. Citizens who opposed the bid cited cost and environmental impact concerns. 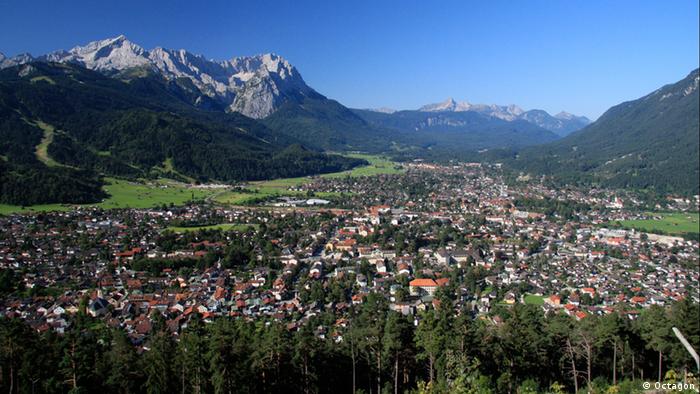 Voters in Munich, the Alpine resort town of Garmisch-Partenkirchen, and the nearby Bavarian districts of Traunstein and Berchtesgadener Land were asked in four separate referenda on Sunday if they would support a bid for the 2022 winter Olympics.

Initial results showed, however, that the bid failed to gain enough support in the resort town of Garmisch-Partenkirchen, thus dashing any 2022 Olympic dreams - 51.56 percent voted against the bid with 48.44 percent voting yes.

Two cosmonauts have taken the Olympic torch for a spacewalk three months ahead of the Sochi winter contest. The torch – unlit – will return from the International Space Station to Earth on Monday. (09.11.2013)

Advocates needed a majority of at least 10 percent among all eligible voters (and 20 percent in Garmisch-Partenkirchen) in the referenda areas to officially launch a bid for the Games.

Votes were still being counted in Munich and the districts of Traunstein and Berchtesgaden late on Sunday, local time.

The deadline to submit bids to the International Olympic Committee is November 14, and the selection of a host city is due in 2015. Oslo, Lviv (Ukraine), and Beijing are among other potential candidate cities.

Munich lost by a wide margin in 2011 in its bid to host the 2018 winter Games to the South Korean city of Pyeongchang.

Despite wide support of government officials and businesses in the region, Munich's 2018 bid was met with resistance by certain groups who cited cost and the Games' potential environmental impacts.

Citizens' organizations such as 'NOlympia' were especially active in Garmisch-Partenkirchen, the ski resort town about 90 kilometers (55 miles) south of Munich, which advocates saw as the host venue for many of the winter competitions.

Roughly 1.3 million Bavarians were eligible to take part in the four referenda on Sunday. Official results are scheduled to be announced on Tuesday.