The accusations keep piling up in the bribery scandal surrounding German carmaker Volkswagen. The company has reportedly put certain expansion plans on ice while rumors of further resignations abound.

As the Volkswagen bribery scandal deepens, the company finds itself under increasing pressure to address the allegations. These now include reports that VW staff set up a global network of six front companies to get supply contracts, and that former staff sought kickbacks for work in India and Angola.

German newspapers have reported that the scandal has caused VW chairman Bernd Pischetsrieder to postpone making a decision on the planned construction of a new factory in India, as well as an assembly plant in Angola.

On Tuesday, the German state of Lower Saxony called for investigators to get to the bottom of the allegations. VW last week called in auditors KPMG to review the matter.

"There apparently was criminal energy at work and that's why it is very important that the audit runs parallel to the investigations of the Brunswick state prosecutor's office," Lower Saxony Economics Minister and VW supervisory board member Walter Hirche said on German television.

Lower Saxony owns around 18 percent of Volkswagen. The company has so far declined to comment on the allegations.

"Tip of the iceberg" 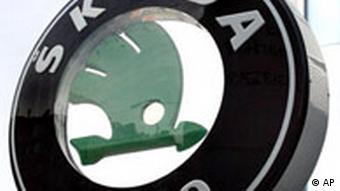 The scandal was triggered by the shock resignation last month of Helmuth Schuster, the personnel chief at VW's Czech arm, Skoda. Schuster left the company amid allegations that he took bribes from potential suppliers and claims in magazine reports that he used front companies to secure lucrative VW contracts abroad.

The affair widened last week when the head of VW's general works council, Klaus Volkert, announced he was resigning nine months earlier than expected. German weekly WirtschaftsWoche claimed that Volkert was simply the "tip of the iceberg," and that more resignations -- including that of VW's head of personnel and overseer of the German government's economic reforms, Peter Hartz -- would follow. 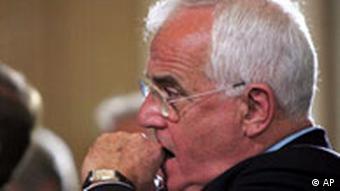 So far, Hartz has the full backing of VW's supervisory board. And even German Chancellor Gerhard Schröder lauded Hartz's "innovative" achievements on Tuesday, while insisting he would not allow himself to be drawn into what were ultimately VW's internal affairs.

Role of unions under scrutiny

The scandal at Volkswagen has sparked a much wider debate about the overall power of the unions, already battling a decline in grassroots support in Germany.

Some observers suggest management could try to use the affair to loosen the union grip on Europe's biggest carmaker and push through anti-union reforms.

While the full scale of the bribe-taking scandal is still far from clear, it does appear that the affair is a product of the intricate network of power connections and interdependencies between politicians, management and unions that sets VW apart from other German companies.

A top politician from the liberal FDP party, Rainer Brüderle, saw the events at VW as symptomatic of the shortcomings of the German system whereby both shareholders and employee representatives hold a similar number of seats on the supervisory board.

Volkert's successor, Bernd Osterloh, lashed back at such attacks. 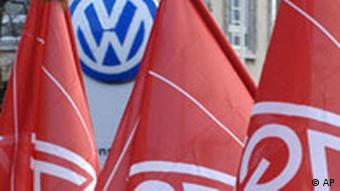 "There are forces that are trying to weaken employees' representation within VW, where the strength of the works council and of the IG Metall union has long been a thorn in the flesh to them," Osterloh was quoted by the business daily Handelsblatt as saying in a letter to shareholders.

Osterloh warned against allowing the solidarity between the works council, IG Metall and the unions from being destroyed either from the inside or the outside.

The head of the general works council at German car giant Volkswagen has stepped down in the midst of an alleged bribery scandal, while rumors about the larger scope of the affair begin to circulate. (July 1, 2005)

The European Commission decided Wednesday to take Germany to the European Court of Justice for not having modified its so-called Volkswagen law, which shields the carmaker from hostile takeovers, an EU source said. (Oct. 13, 2004)

Beetle Races to Another Milestone

Seventy years ago, the Nazis unveiled a "people's car" that would make driving affordable for the masses. The Volkswagen Beetle managed to shed its dark childhood and went on to become the world's best-selling car. (July 4, 2005)