Vietnam′s Hmong Christians protest for greater autonomy | Asia| An in-depth look at news from across the continent | DW | 06.05.2011

Vietnam has deployed troops to contain a rare protest by ethnic Hmong Christians who are calling for an "independent kingdom" in a remote province near Laos and China. 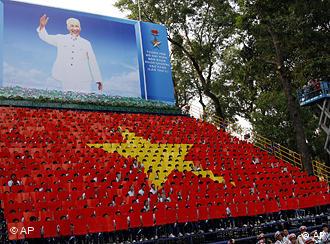 Protests are rare in communist Vietnam

As many as 7,000 people in the far-flung mountains of Dien Bien Province, near the north-western border with Laos and China, have been demonstrating since April 30. But details remain scanty, with access to the region denied to several foreign journalists.

Although officials in the area have made few comments, the government has indicated that the unrest is still going on. 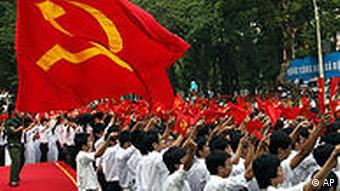 Citing followers in the area, a Catholic priest based near the region told Reuters that troops, which had been deployed to contain the unrest were not allowing people in or out of the protest area. He added that the military had cordoned off the demonstrators and cut electricity and telecommunications lines. He also said that the demonstrators had detained one or more government officials who had been sent in to negotiate.

In a statement late on Thursday, Vietnamese Foreign Ministry spokeswoman Nguyen Phuong Nga quoted a government official from the region who had said that several Hmong had gathered under the belief that a "supernatural force would lead them to "a promised land" of health, wealth and happiness."

"Taking advantage of the situation, some bad elements tried to provoke the crowd and mobilize to establish an independent 'kingdom' of the Hmong, disturbing the social order, security and safety of the locality," Nga added.

She also explained that the authorities in the region had sent officials to convince the demonstrators that they should not believe in fabrications.

Although some of the Hmong demonstrators had returned home, she said, "the situation in Muong Nhe is still being resolved by all levels of party and government so that the lives of the compatriots there can return to stability at an early time." 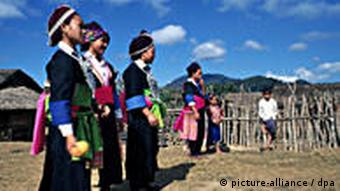 The Hmong are originally hill people from southern China

Meanwhile, the US-based Center for Public Policy Analysis, which advocates for the Hmong, has said that 28 protesters were killed by the army in a crackdown. However, a US embassy spokesman in Vietnam said its diplomats had not confirmed reports of violence. He urged "all parties involved to avoid violence and resolve any differences peacefully and in accordance with Vietnamese law and internationally recognized human rights standards."

Demonstrations on this scale are rare in Vietnam, where the ruling Communist Party usually brooks no opposition. Dien Bien is one of Vietnam's poorest provinces with much of the road, water and power infrastructure there undeveloped.

Vietnam has 54 recognized ethnic groups including numerous minorities in its northern and central mountains, some of whom opposed the central government in the years after the end of French colonial rule. The Hmong are hill people, originally form southern China, who migrated to the mountainous parts of Vietnam, Laos, Myanmar and Thailand.

Cu Huy Ha Vu has been sentenced to seven years prison and an additional three years of house arrest on charges of spreading "anti-state propaganda." The ruling came after a one-day trial. (05.04.2011)

The top leadership of the Communist Party of Vietnam is set for a major reshuffle at its first Congress in five years (January 12-19). But analysts don't expect much in terms of policy changes. (12.01.2011)

The Vietnam War and its fatal legacy

On 30 April 1975 the last helicopter picked up American troops from the roof of the US Embassy in Saigon and headed for home. The South Vietnamese capital had fallen, the war was over. (30.04.2010)