The world-renowned orchestra has handed over a neo-impressionist painting looted during World War II. The rightful owner died in 1999 without descendants, making it difficult for investigators to find the heirs. 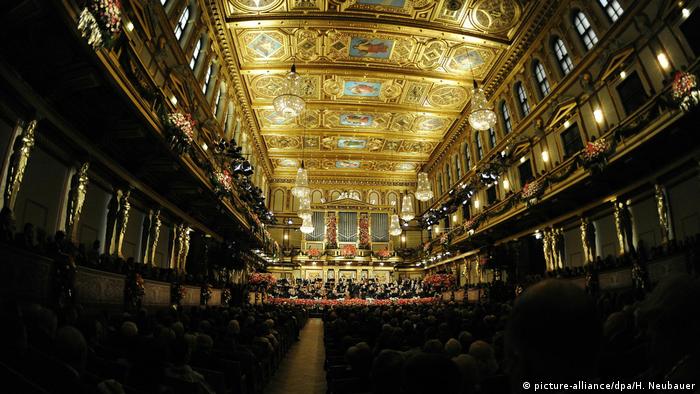 An Austrian cultural icon, the Vienna Philharmonic has revealed new details of its history during the holocaust. Nearly half of the orchestra's members had been members of the Nazi party, a significantly higher percentage than Austria's population at the time.

Austria's Vienna Philharmonic on Tuesday returned neo-impressionist painter Paul Signac's "Port-en-Bessin" to the heirs of its original collector, it said in a statement.

"The Vienna Philharmonic is relieved that an important chapter in its history is about to be closed. The painting Port-en-Bessin by Paul Signac has been made available to the heirs for collection," the orchestra's administrators said.

"The orchestra had been given the painting in 1940 by a Gestapo official in France. After decades of research, the provenance of the painting was clarified," it added.

According to media reports, the orchestra commissioned an Austrian historian in 2013 to investigate the heirs of Marcel Koch, considered the original owner of the painting

Koch died in 1999 without direct descendants, marking a challenge for investigators to discover the rightful heirs.

His heirs, who the orchestra did not name, authorized a representative to pick up the painting.

From 1938 to 1945, approximately half of the orchestra's members were part of the Nazi party. Five Jewish musicians were assassinated during this period, while 10 others fled the country. In 2013, the orchestra published a book detailing its Nazi past.