The curtain came down on Bolt's individual athletics career, but there was a twist in the tale at London's Olympic Stadium. Former doper Justin Gatlin prevailed and won his third gold medal at the World Championships. 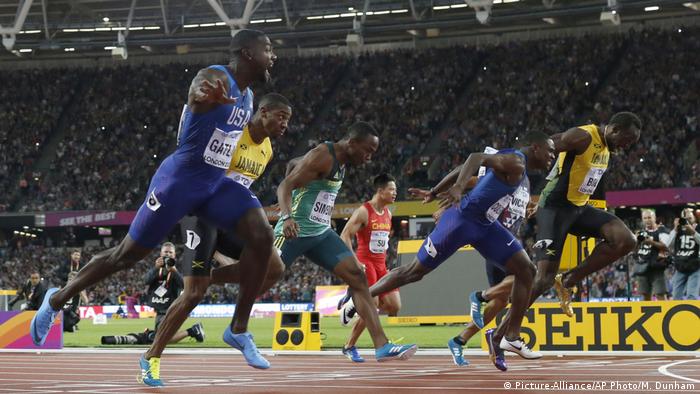 Justin Gatlin gatecrashed Usain Bolt's farewell party when the 35-year-old American won the world 100m title on Saturday, beating the Jamaican superstar into third and sparking a chorus of boos from the London crowd.

What was meant to be a final celebration of the sport's greatest showman turned into a condemnation of its biggest pantomime villain as Gatlin, twice banned for drug offences, rolled back the years to win a second world title 12 years after his first and 13 after claiming Olympic 100m gold in Athens.

Bolt made his customary terrible start, but this time he could not close the gap. Christian Coleman, the 21-year-old American who beat him in the semifinals earlier in the evening, looked set for victory.

But Gatlin, who stumbled at the death to lose the 2015 world final by a hundredth of a second to Bolt, timed his surge and dip to perfection to win in 9.92 seconds from lane 8.

Coleman, who has run over 40 races this year but turned professional only a few weeks ago, took silver in 9.94. 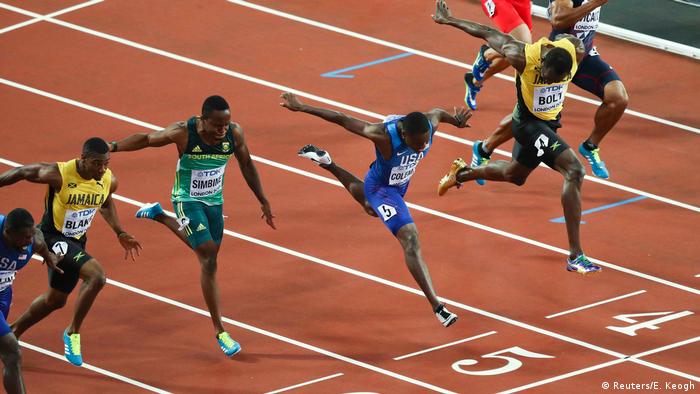 Christian Coleman of the USA pips Bolt to silver. The American only turned pro two weeks ago.

"It's just one of those things," Bolt said. "My start is killing me. Normally, it gets better during the rounds but it didn't come together."

When the results flashed up on the giant screen the crowd immediately began repeating the booing with which Gatlin's name had been greeted since the heats on Friday. His first response was to put his finger to his lips to indicate silence, but the crowd responded by chanting Bolt's name.

"I tuned it out [the boos] through the rounds and stayed the course. I did what I had to do," Gatlin said. "The people who love me are here cheering for me and cheering at home.

"It is Bolt's last race. I have had many victories and many defeats down the years. It is an amazing occasion. We are rivals on the track but in the warm-down area we joke and have a good time. The first thing he did was congratulate me and say that I didn't deserve the boos. He is an inspiration."

Bolt is not quite finished yet and will go in the 4x100m relay next week, when he will face Gatlin again. 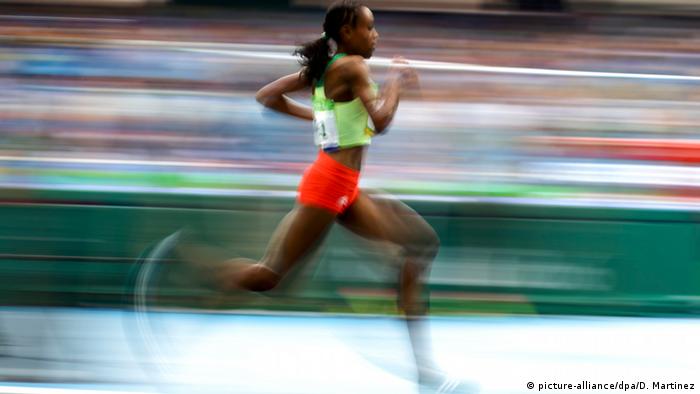 Elsewhere, Olympic champion Almaz Ayana of Ethiopia routed the opposition in the women's 10,000m for the biggest-ever winning margin. She won in 30 minutes, 16.32 seconds, 46.37 seconds ahead of Ethiopian teammate Tirunesh Dibaba. In track terms, that is more than 300 meters in a 10km race. Agnes Tirop of Kenya took bronze.