US warns Afghanistan of complete troop pullout without security deal

President Barack Obama has told the Pentagon to plan for a full troop withdrawal from Afghanistan should Kabul not sign a security agreement with the US. Delay in reaching a deal has strained Kabul-Washington relations. 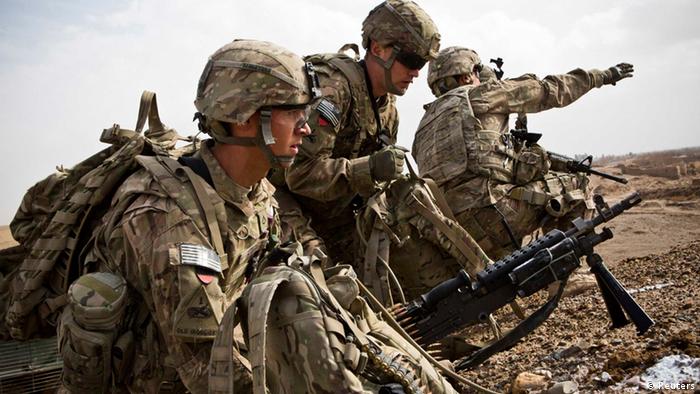 Obama told Afghan President Hamid Karzai about his order to the Pentagon during a phone call Tuesday, the White House said in a statement. Obama had also informed Karzai that the US could keep a limited troop presence in Afghanistan if the bilateral security agreement (BSA) was ultimately signed.

"President Obama told President Karzai that because he has demonstrated that it is unlikely he will sign the BSA, the United States is moving forward with additional contingency planning," the White House statement said.

It added that "the longer we go without a BSA, the more likely it will be that any post-2014 US mission will be smaller in scale and ambition."

Washington has said repeatedly that it would not leave US troops in Afghanistan without the BSA, which would give the US a legal basis for keeping forces in Afghanistan beyond the troop pullout slated for completion at the end of this year and allow it to use bases around the country.

Washington also wants the deal as legal protection for future crimes committed by US troops and as basis for a post-2014 NATO training and anti-terror mission.

Karzai has thus far refused to sign the security agreement, though the US said Obama was reserving the "possibility of concluding a BSA with Afghanistan later this year" should he find a willing partner in government.

His statement indicated the US may be willing to wait until after the country's upcoming April elections before making a final decision on the BSA.

The security deal has fueled tension between Obama and Karzai. The two leaders last spoke directly on June 25 last year.

Karzai has expressed his opposition to the BSA for months, saying the US most stop military operations and airstrikes on Afghan villages and residential areas, initiate peace talks with the Taliban and release Afghan Taliban prisoners from Guantanamo prison.

US Secretary of Defense Chuck Hagel said planning for what is known as "the zero option" was "a prudent step" given that it was unlikely Karzai would sign the security agreement.

"As the United States military continues to move people and equipment out of the Afghan theater, our force posture over the next several months will provide various options for political leaders in the United States and NATO," Hagel said in a statement.