The latest jobless figures have shown the United States continued to outperform other major economies last month, adding more new jobs than it had in nearly three years. 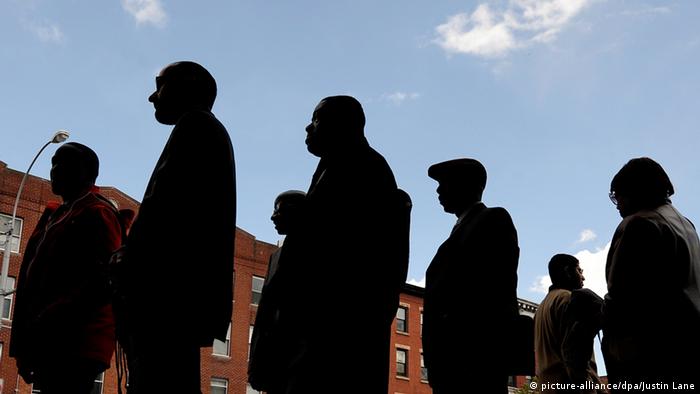 The US economy added 321,000 new jobs in January, blasting analysts' predictions and keeping the unemployment rate stable at a six-year low of 5.8 percent.

The data was the latest sign that the world's biggest economy was expanding despite slowdowns in China and the eurozone, as well as a recession in Japan.

It was indicative of a recovering labor market and could influence the timing of a decision by the US Federal Reserve to tighten its monetary policy and raise rates.

The number of workers added last month was the largest in nearly three years. Monthly job gains have averaged 240,000 this year, putting 2014 on track to be the best year for hiring since 1999.

Economists polled by the Reuters news agency expected nonfarm payrolls to increase by only 230,000 last month.

As the labor market heals, there are signs that wages could be growing as well. The positive economic data, in turn, could prompt the Federal Reserve to raise its rates sooner rather than later.

But while the statistics show a brightening labor market, those figures only tell part of the story, as our colleage Janosch Delcker reports from New York City.

Opinion: The US leaves Europe behind on growth

The recent growth news has been good in America and bad in Europe, which - as it should - prompts the question, why? James K. Galbraith examines some of the reasons in this op-ed for DW. (03.12.2014)