US troops arrive in Turkey

US troops have arrived in Turkey to protect an incoming batch of Patriot missiles. Germany, the Netherlands and the US are installing them at Turkey's request to help deal with possible spillovers from the war in Syria. 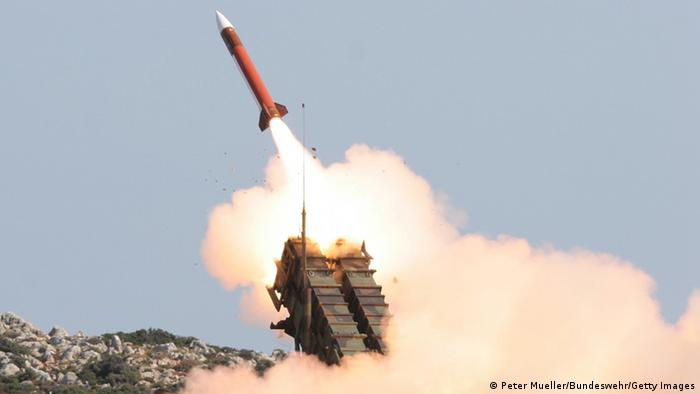 US troops began arriving in Turkey on Friday read to operat Patriot missile batteries - deployed to counter any possible threats that may arise from the 21-month-long Syrian conflict. Over the coming days, some 400 personnel and equipment will arrive at the US Air Force Incirlik Air Base in southern Turkey.

"The forces will augment Turkey's air defense capabilities and contribute to the de-escalation of the crisis along the Alliance's border," the US military's European Command (EUCOM) said on Friday.

More than 1,000 troops from the three nations will be based in Turkey to operate the Patriot batteries.

US troop arrivals began just a day after a car bomb in the north of Damascus killed at least 11 people as Syrian forces continued to pound rebel-held areas outside the capital, according to the Britain-based Syrian Observatory for Human Rights.

The Observatory said these 11 were among at least 191 people, including 99 civilians, killed in Syria on Thursday.

It also said that at least a dozen people were killed on Wednesday in an air strike on a petrol station in a town to the east of Damascus.

That Syrian conflict has intensified of late, with a UN-sponsored study released on Thursday estimating the total death toll at 60,000 and pointing to an upswing in fatalities over the past six months.

Turkey and Greece hit by severe earthquake 48m ago