US Treasury to put a woman on the $10 bill

For the first time in over a century, a woman will be featured on paper currency in the US. The Treasury has said the new ten will be unveiled in 2020. 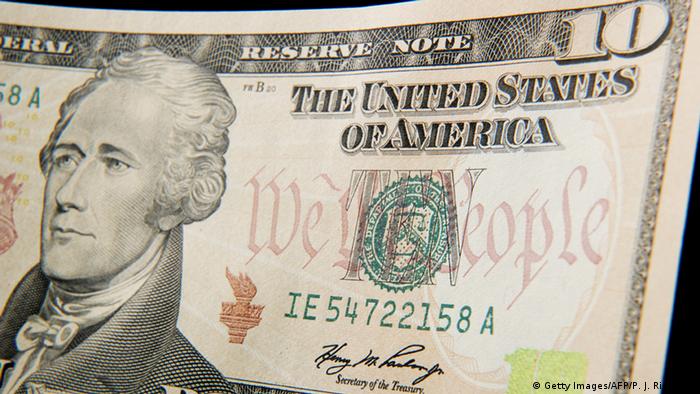 US Treasury Secretary Jacob Lew is set to announce on Thursday that Alexander Hamilton, whose likeness has been featured on the ten dollar bill since 1929, will be making way for a woman. The new ten will be unveiled in 2020 to correspond with the 100th anniversary of the 19th Amendment to the US constitution, which granted women the right to vote.

The treasury will decide which women will be featured on the new bill this summer, and it is possible that Alexander Hamilton, the first head of the US treasury, will remain incorporated into the design.

Lew is taking public suggestions for which woman should go on the bill. Ideas may be submitted at thenew10.treasury.gov.

Various groups have been campaigning to get a woman on paper currency, the most well-known of which is the grassroots group Women on 20s. The group hopes to replace Andrew Jackson, the president who oversaw the forced relocation of thousands of Native Americans with African-American abolitionist Harriet Tubman on front of the twenty dollar bill.

Jeanne Shaheen, a Democratic senator from New Hampshire who is sponsoring legislation to put a woman on the twenty, said, "While it may not be the twenty…make no mistake, this is a historic announcement. Young girls across the country will soon be able to see an inspiring woman on the ten dollar bill."

Social media quickly rose to the challenge for suggestions:

One hundred and twenty-year gap

Suffragist Susan B. Anthony and Sacagawea, the Native American guide to explorers Lewis and Clark, are currently on the rarely used one dollar coins.