US tech firms to pay for egg freezing | Business| Economy and finance news from a German perspective | DW | 15.10.2014

US tech firms to pay for egg freezing

Apple and Facebook have said they will pay for female employees to freeze their eggs if they want to delay childbirth. The move is intended to secure the companies top-flight talent. 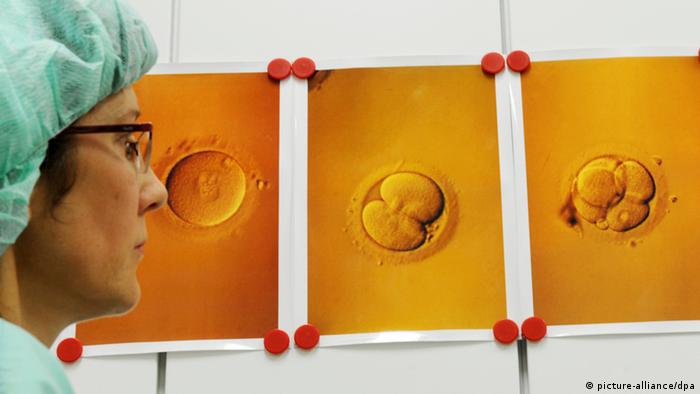 NBC News reported Facebook recently began covering the costs for egg freezing for non-medical reasons, making it one of the first major employers in the technology sector to do so.

At the same time, Apple said it would pay both full- and part-time workers up to $20,000 (15,800 euros) for the procedure and storage costs for female employees to freeze their eggs.

Egg freezing enables women to delay childbearing, with 20 percent of female workers in the US already waiting until the age of 35 - when fertility begins to decline - to have children.

While the technology gives women more control, Facebook and Apple said they were willing to spend on perks and benefits in a race for top-flight talent and a bid to increase the percentage of female workers in their firms.

Silicon Valley firms have been accused of fostering a "gender gap," with Apple recently revealing that some 70 percent if its employees are male, with the proportion of male programmers even higher.

The news immediately sparked debate on social media platforms. Some contributors said the companies in question should rather focus their efforts on granting more flexibility to new parents.

But the protagonists hastened to say they were seeing their support for egg freezing as an additional and optional measure that didn't replace other benefits.

US tech companies are encouraging women to postpone family planning: instead of getting pregnant young, they can freeze their eggs at the company's expense and have kids later. DW's Noami Conrad is critical of the idea. (15.10.2014)