US Supreme Court Denies El-Masri Appeal on CIA Rendition | Germany | News and in-depth reporting from Berlin and beyond | DW | 09.10.2007

The United States Supreme Court refused to review the case of a German man who alleges he was kidnapped, imprisoned and tortured by the CIA. 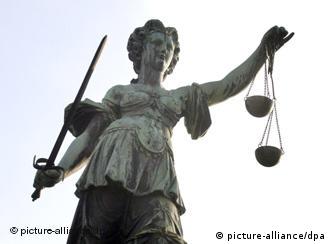 The US high court did not give an explanation for its decision on Tuesday, Oct. 9, to refuse the appeal of Khaled el-Masri, a Lebanese-born German. US administration officials had called on the court to reject the case on national security grounds, arguing a public trial would reveal state secrets.

"We are very disappointed," el-Masri's German lawyer Manfred Gnjidic said of the decision, according to the Associated Press. "This is going to completely shake all confidence in the American justice system." 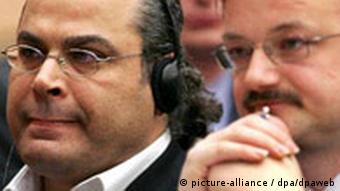 El-Masri's lawyers turned to the Supreme Court to clarify the limits of state secrecy after suits in two lower US courts were rejected. The attorneys argued that, in the past, courts had limited evidence to what could be legally presented instead of completely stopping cases dealing with national security.

"The central facts of this case are not state secrets and do not become so simply because the government insists otherwise," Ben Wizner of the American Civil Liberties Union wrote in the appeal.

El-Masri's accusations sparked outrage in Germany and drew worldwide attention to the CIA's "extraordinary rendition" program, which transported terror suspects to secret prisons in third countries for interrogation. Human rights groups, as well as several European governments and the European Union have criticized the program.

Both the German government and the European Parliament launched inquires into the program to find out what their authorities may have known about the US rendition program. 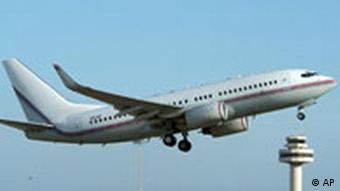 A German court in southern Munich in January issued arrest warrants for 13 suspects in el-Masri's alleged kidnapping, but federal officials in Berlin said in September that they would not pursue the suspects' extradition to Germany.

El-Masri accused the CIA of kidnapping him on Dec. 31, 2003 in Macedonia after he was confused with a Sept. 11 terror suspect, then transporting him to Afghanistan, where he says he was interrogated and tortured for four months before being released in Albania.

The United States has never admitted that it played any role in el-Masri's detention. The US administration also has asserted the so-called state secrets privilege in an effort to dismiss the lawsuits over the warrantless domestic spying program that President George W. Bush created after the Sept. 11 attacks.

El-Masri's lawsuit sought damages of at least $75,000 (53,000 euros) and was brought against former CIA Director George Tenet, three private aviation companies and 20 unnamed employees of the CIA and the companies.

The 44-year-old German is currently in protective custody and is accused of an arson stack on a cash-and-carry market causing 500,000 euros worth of damage. Gnjidic has said that el-Masri's violent actions were caused by his torture at the hands of US officials.

Report: US Will Not Extradite CIA Agents to Germany

German government officials said Saturday, Sept. 22, they won't pursue the extradition of CIA agents suspected of kidnapping a German national after Washington signaled that it won't cooperate, according to news reports. (22.09.2007)

Germany and 10 other states knew about secret CIA prisons in Europe, and obstructed investigations into the case, the European Parliament said in a report. (29.11.2006)

Do you think there are any secrets left in the el-Masri case? Send us your comments and please include your full name and country in your reply.