The US has offered to sell four unarmed drones to Germany's army, the Bundeswehr, according to a newspaper report. However, the aircraft could be easily converted for combat use. 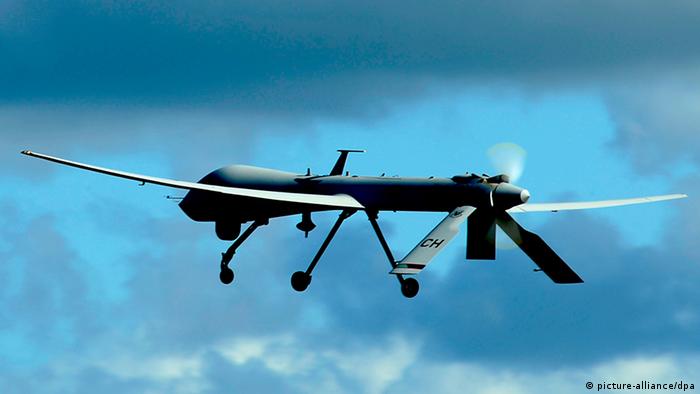 The US government could deliver to Germany four unarmed MQ-9A Predator B drones, including ground control stations, the Suddeutsche Zeitung (SZ) reported in their Wednesday edition, citing a defense ministry answer to a request from the Left party's parliamentary faction.

The US "Letter of Offer and Acceptance" was submitted June 13, the newspaper reported. It could be possible to convert the four drones into their combat-ready version, called the Reaper, according to the SZ. However, should Germany want combat drones, a new request would have to be made to the US government.

Defense Minister Thomas de Maiziere has spoken in the past about Germany's possible procurement of combat drones, but a decision was postponed until the next legislative session.

The US offer comes as the defense ministry, and in particular de Maiziere, is dealing with the fallout from the failed Euro Hawk drone project. Millions of dollars were spent on developing the aircraft before it was scrapped in May after approval to use German airspace could not be granted.

The failed Euro Hawk drone project has cost German taxpayers tons of money, and the Defense Ministry sympathy - but the biggest loser could be Chancellor Merkel, who may lose re-election, says DW's Marcel Fürstenau. (31.07.2013)