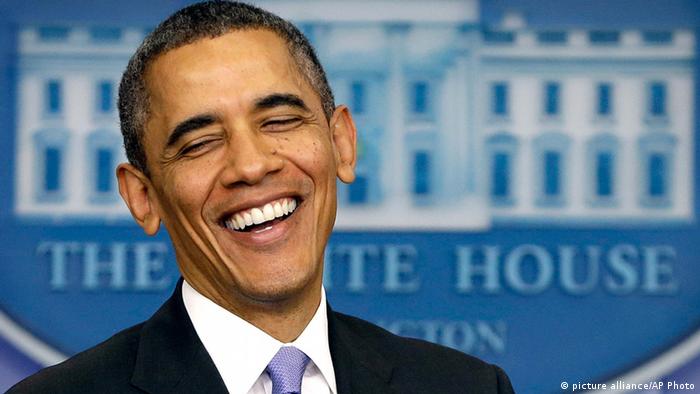 As one of his last official acts of 2013, President Obama signed seven bills into law on Thursday. At the top of the list was a bipartisan budget deal which eases across-the-board automatic-spending cuts - set to go into effect in January - by allowing a short-term increase in spending in exchange for a long-term reduction in the budget deficit.

The president signed the legislation while on vacation in Hawaii.

Obama had praised the deal in December as "a good first step away from the shortsighted, crisis-driven decision-making that has only served to act as a drag on our economy."

Under the new law, the US government will increase spending on both defense and non-defense programs from $995 billion to $1.014 through 2015. The overall plan restores $62 billion (45.28 euros) to government programs over the next ten years.

Democratic Senator Patty Murray and Republican Representative Paul Ryan negotiated a budget proposal in December. Both chair the budget committees in the Democratic-controlled Senate and the Republican-led House of Representatives.

The architects of the bill included cuts - such as trimming cost-of-living increases for military retirees who can still work by one percentage point - which they have said will reduce the deficit by $23 billion over the next decade.

The law passed on Thursday is viewed as a pragmatic step toward staving off future government dysfunction.

In October, Republican lawmakers attempted to block funding for President Obama's controversial overhaul of the American health care system by refusing to agree to raise the debt ceiling. The political manoeuvre resulted in a 16-day government shutdown and led to a sharp drop in Republican-support among Americans.

Obama also approved a pay increase of 1 percent for military personnel on Thursday, as well as the Pentagon's 2014 budget of roughly $525 billion. But more attention grabbing were two measures under the defense bill which addressed the transfer of detainees from the detention facility in Guantanamo Bay, Cuba and, separately, sexual assault in the military.

Under the new law, Guantanamo prisoners can be transferred more easily to countries willing to allow their entry.

"I am encouraged that this act provides the executive greater flexibility to transfer Guantanamo detainees abroad, and look forward to working with the Congress to take the additional steps needed to close the facility," Obama said in a statement.

The United States also needs "flexibility, among other things, to act swiftly in conducting negotiations with foreign countries regarding the circumstances of detainee transfers," he added.

The new defense law also addressed sexual assault cases under the military justice system. Those convicted must be dishonorably discharged and there is no longer a statute of limitations for rape and sexual assault cases. The new law also increases protection for the victims and limits the powers of commanders' influence over convictions in such cases.

The Pentagon has come under increasing pressure from Congress to address the rate of sexual assault and rape in the military. According to Pentagon figures released in November, there were 3,553 reported cases of sexual assaults between the summers of 2012 and 2013, which corresponded to an increase of roughly 46 percent.