US police go military with 1033 program

The shooting of Michael Brown has revived debates about race and policing in the US. Not just over the killing - but the response to the protests that followed and what's being called the "militarization" of the police. 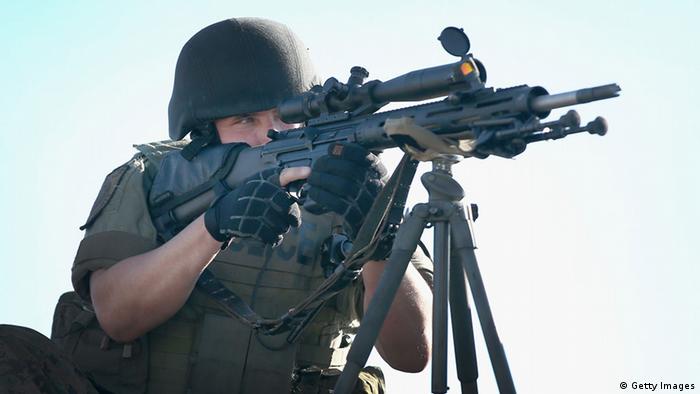 The civil rights legend John Lewis expressed what many Americans were thinking: "This is not China or Russia or the Congo. This is America." His statement came after Wednesday night's turmoil in Ferguson, when the streets of the Missouri town were transformed into a conflict zone.

It wasn't just the tear gas, smoke bombs and Molotov cocktails that proved shocking. It was the sight of armored vehicles on American streets, surrounded by officers armed so heavily they looked like they were going to war.

US President Barack Obama interrupted his vacation to call for calm. Attorney General Eric Holder - leading the White House's response to the situation - said, "At a time when we must seek to rebuild trust between law enforcement and the local community, I am deeply concerned that the deployment of military equipment and vehicles sends a conflicting message." 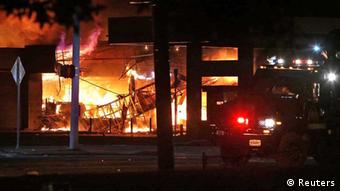 It's a concern that has been echoed across the political divide. "We need to de-militarize the situation," said Missouri Senator Claire McCaskill, a Democrat.

At the heart of this process of "militarization" is a Pentagon program that has channeled billions of dollars worth of surplus weapons, vehicles and even aircraft from the military to law enforcement agencies all over the United States - virtually free of charge. It's known as the 1033 program.

Run by the Defense Logistics Agency, the program has its roots in the early 1990s, as a means of providing local agencies with equipment for use in the "war on drugs." It was expanded later in the decade and is now subject to "few limitations and requirements," according to the American Civil Liberties Union (ACLU).

The program's website hails its own scope: "If your law enforcement agency chooses to participate, it may become one of the more than 8,000 participating agencies to increase its capabilities, expand its patrol coverage, reduce response times, and save the American taxpayer's investment." And with US combat forces now long out of Iraq and soon leaving Afghanistan - there is a lot of surplus equipment going for free. 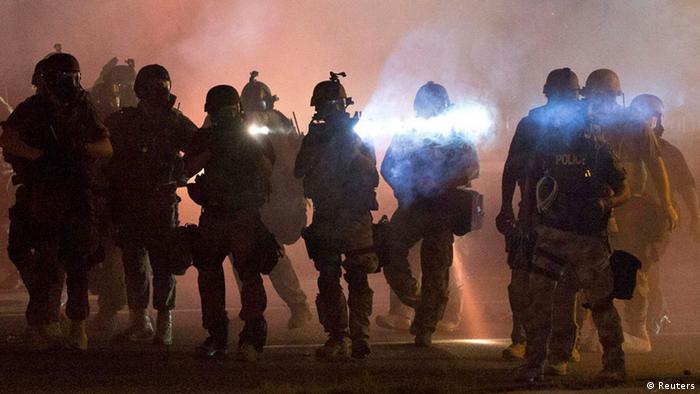 The incentive to militarize

From M16 rifles to Mine-Resistant Ambush Protection Vehicles (MRAPs) - there's plenty on offer for cash-strapped police forces. And they only have to pay the cost of delivery and maintenance.

There is even an incentive to put their new equipment to use - and fast. The ACLU highlights a clause in the Memoranda of Agreements between states and the DLA requiring the recipient to "utilize property within one year or schedule its return."

The ACLU said the 1033 program encourages not just escalation on the streets of Ferguson but countless SWAT team deployments that never go reported: forms of "militarization" that disproportionately target the black community.

Congressman Hank Johnson said it is time to end this process. He has drafted a "Stop Militarizing Law Enforcement Act," which he said will "end the free transfers of certain aggressive military equipment to local law enforcement." His spokesman told DW that the bill does not seek to scrap the 1033 program altogether. But he said it would limit the types of weapons on offer - as well as boosting accountability.

Back in Ferguson, the police response demilitarized dramatically on Thursday night after Governor Jay Nixon weighed in. But there is no sign the equipment seen on the suburb's streets will be returned to sender.

DW asked the spokesman for Missouri's Department of Public Safety if the police would ever have been able to afford - or even obtain - such gear without access to government programs like 1033. He would only say that Missouri was no special case: "This is a national program available right across America."

'It's a problem everywhere'

After the shooting of a black teenager in Ferguson, Missouri, days of protests have followed. The president of the St. Louis branch of civil rights group NAACP tells DW that racial tensions require a national solution. (14.08.2014)

The town of Ferguson in the US state of Missouri remains on edge after the fatal shooting of Michael Brown. Racial unrest has once again reared its ugly head in the United States. (14.08.2014)

Michael Brown's death is tragic and only the latest example that the US, like most nations, is far from being a post-racial society. Solutions are hard to come by, but two steps are essential, says DW's Michael Knigge. (14.08.2014)