The zoo in the German city of Cologne stands to inherit some $22 million (18.5 million euros) from the 93-year-old Elizabeth Reichert. The wealthy American was born in Cologne and met her late husband in the city. 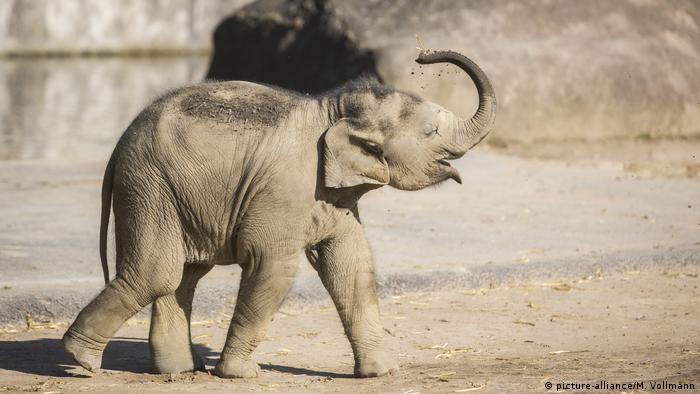 It sounds like a setup for a comedy show: A rich widow from America decides to leave millions to the zoo in her home city. However, this is exactly what Cologne-born Elizabeth Reichert has pledged to do, according to a report in the local Kölner Stadt-Anzeiger newspaper.

Reichert met her Jewish husband, Arnulf Reichert, during World War II in Cologne. Arnulf, also a local, was hiding from the Nazi regime, and the two met while "underground" in 1944, the widow says.

"We were two poor kids from Cologne," she told the paper.

The two married a year after the war was over and left Germany, first for Israel, and eventually the US. After arriving there, Elizabeth started working as a hairdresser and her husband Arnulf took a job in a large business trading in pets and pet food. After a few years, he took the opportunity to start a business of his own.

Arnulf wanted to 'do good'

An entry in the Cologne Zoo archive notes that two visitors from America, Arnulf and Elizabeth Reichert, gifted the zoo with a softshell turtle in 1954. The value of the animal at the time was deemed to be 50 marks.

The couple continued to make their fortune in America in the following decades, but they have "never forgotten Cologne," Reichert told the Kölner Stadt-Anzeiger. As they had no children, the two made a joint decision to one day donate the money to the Cologne Zoo.

"Arnulf wanted to give the money someplace where it would do good," she said. "When you think about leaving money, memories play a major role."

Elizabeth decided to stick with their plan after her husband died in 1998.

A million a year

When the first emails about the issue started to arrive in 2015, the zoo's director, Christopher Landsberg, thought he was being scammed. However, after he was contacted by lawyers working for Elizabeth Reichert, the zoo started receiving monthly donations of 6,000 euros.

Reichert and the zoo are now setting up a special foundation which would manage to funds after the widow's death, which would hold around 18.5 million euros and donate about a million to the zoo every year. The foundation would also serve other activities, allowing the funds to last for many years to come.

In return, the zoo is to name its South American section after the late Arnulf Reichert. The management also invited Elizabeth to visit Cologne again and celebrate the event. However, she decided to stay in her home near Philadelphia, saying that the trip would be "too much" for someone her age.