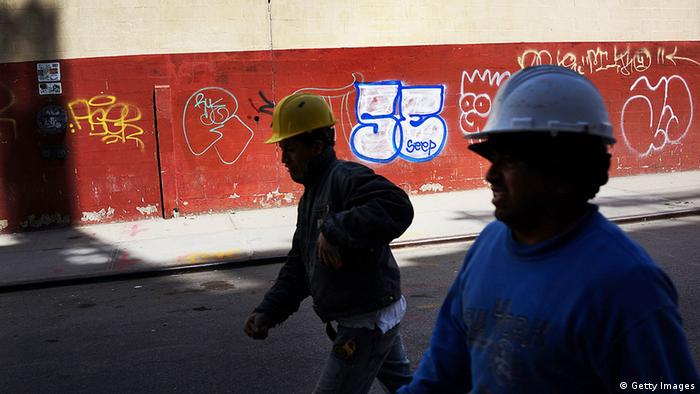 The US Bureau of Labor Statistics released its October payroll data on Friday, revealing that total nonfarm payroll employment increased by 271,000 in October. The unemployment rate was essentially unchanged at 5.0 percent. Job gains were seen in professional and business services, health care, retail, food and drink services, and construction.

Labor market statistics need to be studied carefully to avoid being bamboozled with excessively optimistic presentations of data - whether they're provided by US or by German employment statistics agencies. Definitions of "unemployed" in particular should be read with an eye to the fine print. For example, people who have given up looking for work altogether and who are not drawing unemployment benefits are not considered "unemployed."

A perhaps more meaningful number is the labor force participation rate. That was unchanged at 62.4 percent of the adult population in October. The employment-population ratio, which covers all age groups, was at 59.3 percent; it has shown little movement over the past year.

Some people work at part-time jobs even though they would prefer to be working full-time. These underemployed people numbered 5.8 million in October, down by 269,000 from September. Over the past 12 months, the number of involuntarily part-time workers declined by 1.2 million.