The US has never been famous for the quality of its beer, but the US beer industry has improved quite a bit during the last couple of decades. American craft beer is achieving very high standards - and ever more fans. 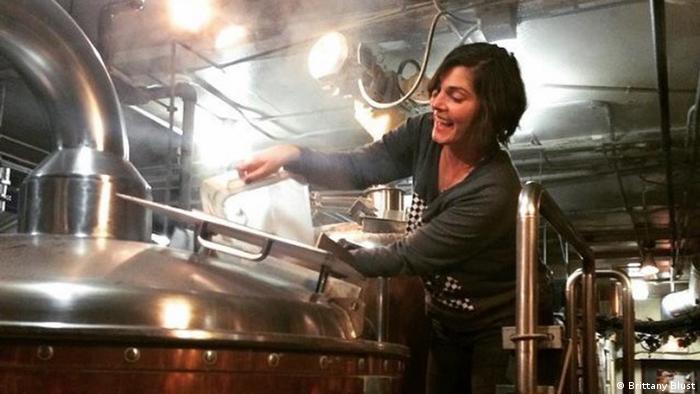 Brittany Blust works at Kiabacca, a bar within the New Yorker party district Hell's Kitchen near Times Square. Here they have 20 different local craft beers on tap. Brittany is a big fan of beer - and especially of craft brewing.

"I always felt connected to beer because I've got German, English and Belgian heritage. I also love to cook and play with ingredients and flavor," she said, drawing a stout for her interviewer.

Her passion for beer developed while she worked in a brewery in Las Vegas. "While I was working there, I had to answer lots of different customer questions," she recalled. As she answered those questions, her own knowledge and interest in the brewing process increased.

After moving to New York, she continued to work in the beer industry, in beer bars and as an events manager for breweries.

Beer with Chili and Cocoa Nibs

This year, she decided to join a group of eight women friends on a quest to brew their own beer. "It's called 'Sweet Fire' because it has chili and cocoa nibs in it. The ingredients are added during the boiling and fermenting processes“, Brittany explained.

The recipe is a secret, but she said that one can sure taste the chocolate. "It's very smooth and not overly sweet. It's very well balanced - after taking a draught, the spiciness lingers on your gums."

Brittany and the other women brew their beer in cooperation with the Empire Brewery, located in Syracuse, a four hour car ride north of the City. Sweet Fire was one of the beers that the brewery produced for New York City's beer week, an annual industry event.

"Beer week is kind of a family reunion for the brewing industry," said Olivia Cerio from the Empire brewery. It's also a chance for beer enthusiasts to meet their favorite brewers. 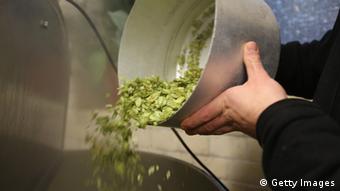 Germany has its own craft breweries - here, a worker adding hops to a brew at Heidenpeters microbrewery in Berlin.

Prohibition was a Blessing and a Curse

The US craft beer industry is booming - not only in the state of New York, but all over the country. In the 1970s, the US had only about 50 breweries. The number of breweries today is about 2700 - most of them small, local craft brewers.

"We had a strange event in our history called Prohibition, when we shut down everything," explained Kelly Taylor, President of The New York City Brewers Guild. He said the Prohibition Act was both a blessing and a curse for the US's beer heritage. "It was a curse at the time, but now it's a blessing, because we're just making things up as we go along."

Since they're not bound by rigid traditions, American craft brewers have a lot of scope for exploration and novelty in the methods and ingredients they use.

Craft beer sales have doubled over the last six years, adding up to about $12 billion a year. Kelly Taylor estimated that sales will triple by 2017.

"The 2700 breweries we have in the US today are about the same in number as we had prior to Prohibition. But that means there are still considerably fewer breweries than there were a hundred years ago, per capita," he said.

Sales volumes of industrial and imported beers have declined slightly since 2008, but craft beer volumes have been increasing. That said, the craft and craft-style beer category remains a small segment of the 78 billion dollar US beer industry.

A few of the craft breweries are getting big enough to make a name for themselves well beyond their local markets. The Brooklyn Brewery, located in Brooklyn's trendy Williamsburg neighborhood, exports its beer to 21 countries.

Scandinavians seem to have taken a special liking to Brooklyn's brew. In cooperation with Carlsberg and Carnegie&Co, the company invested $4 million in opening a branch in Stockholm a few years ago. 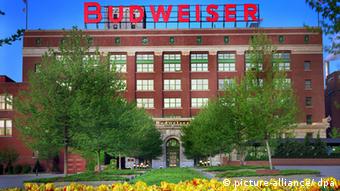 Once people have developed a taste for craft beer, there's no going back to Bud. Industrial beer sales have been in gradual decline

But how can a beer call itself 'local and craft,' if the product is globally distributed?

"As American craft brewers, we had to take some decisions about who and what we are," explained Gabe Berry from the Brooklyn Brewery. "We define ourselves by the ingredients we use, as well as the amount of beer that we produce," she added, insisting that the Brooklyn Brewery is still a craft beer brewery.

The company is the ninth biggest craft brewery in the US, producing around 250,000 barrels a year. That's a lot – but it's still far below the level of 6 million barrels a year which would make it an industrial brewery.

Rumor has it that the Brooklyn Brewery is also thinking about opening a branch in Berlin, Germany. Gabe laughs out loud: "Oh well. I'll neither confirm nor deny that," she says before backpedaling. "I'm just a wisenheimer, so I really don't know."

Soon, there will be a mobile application available that will guide beer fans in New York to bars which have local and craft beers on tap. Bars like Kiabacca are becoming more and more popular.

That pleases Kelly Taylor: "The stuff from outside the region diminishes, the stuff from inside the region flourishes," he said. "Which is ultimately good for the economy, and better for the flavor of the beer, and therefore for the consumer. It's just better overall. Beer helps. Beer will save the world."