Flynn pleaded guilty in 2017 to lying to the FBI about his contact with a Russian ambassador as part of Robert Mueller's investigation into outside interference in the presidential election of 2016. 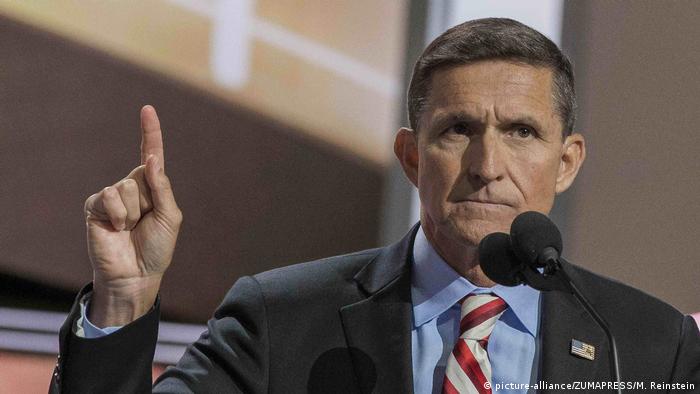 A US federal appeals court on Wednesday ordered that the case against President Donald Trump's former national security adviser Michael Flynn be dropped.

The ruling was handed down by the Washington DC Circuit Court of Appeals.

In a split decision, a three-judge panel decided to throw out the case against Flynn, who had twice pleaded guilty over accusations he lied to the FBI during special counsel Robert Mueller's investigation about his contact with Russia's then-ambassador, Sergey Kislyak.

The ruling in favor of Flynn and the Trump administration puts a stop to US District Judge Emmet Sullivan's wishes to exercise his discretion on whether to grant the department's motion to clear Flynn.

"In this case, the district court’s actions will result in specific harms to the exercise of the executive branch’s exclusive prosecutorial power," wrote Judge Neomi Rao, who was appointed by President Trump.

"The contemplated proceedings would likely require the Executive to reveal the internal deliberative process behind its exercise of prosecutorial discretion," Rao added.

Judge Robert Wilkins, an Obama administration appointee, was the one judge who dissented in the 2-1 ruling. Wilkins said of Wednesday's decision: "It is a great irony that, in finding the District Court to have exceeded its jurisdiction, this Court so grievously oversteps its own.''

President Donald Trump immediately weighed in on Twitter, describing the decision as "Great!"