The US Congress has approved $9.7 billion (7.36 billion euros) in disaster aid for the victims of Hurricane Sandy. The vote comes amid anger over delays in passing the rest of the aid package, totaling $60.4 billion. 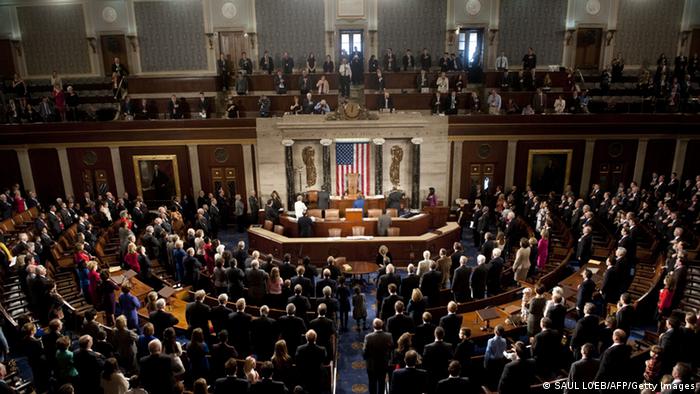 The House of Representatives voted 354-67 Friday to approve the aid to the Federal Emergency Management Agency (FEMA) for its flood insurance program.

The bill then passed through the Senate and it now moves to President Barack Obama to sign into law.

The approval of the aid means FEMA's flood insurance program can pay claims to thousands of homeowners in the east coast states of New York, New Jersey and Connecticut who suffered flood damage in the storm.

FEMA had said the federal flood program would run out of money next week without additional funding.

Congressmen representing both of the country's major parties complained that the aid came too late to help the majority of those affected by the October 29 storm, which killed 120 people and destroyed tens of thousands of homes and businesses.

"We should not have parades down the street because this bill has passed," said Democratic Senator Chuck Schumer of New York. "The majority of work helping the victims of Sandy is still ahead of us. The bad news is that we had to even go through this dog and pony show in the first place."

"It took only 10 days after Katrina for President [George W.] Bush to sign $60 billion in Katrina aid," said New Jersey Democratic Representative Bill Pascrell, referring the 2005 storm that devastated the southern Gulf coast of the US.

Boehner, a Republican, had cancelled the vote scheduled for earlier this week on Tuesday amid the then-ongoing "fiscal cliff" deal.

The Speaker changed his tune after being criticized by members of his own party, including New York Representative Peter King and New Jersey Governor Chris Christie.

"This is a crisis of unimaginable proportions," said King. "If you saw the suffering that's going on, if you saw the people who don't have food and shelter, you'd realize how horrible this is."

Boehner also promised a second vote on January 15 for the remaining portion of the aid, some $51 billion.