John Axelrod is beginning his new post as music director of France's Orchestre National des Pays de la Loire. He spoke with DW about being an American musician in Europe and the post-concert rave he's planning. 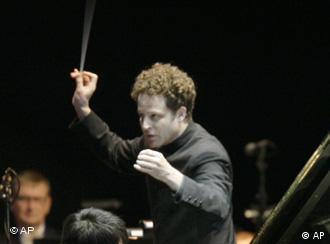 Axelrod's plans for the orchestra go beyond the concert hall

John Axelrod, who was born in Texas, has worked extensively in Europe and with many German orchestras, including the Gewandhaus Orchestra in Leipzig, the NDR Radio Philharmonie of Hannover and the Dresden Philharmonic. This year he begins his three-year contract as music director of the Orchestre National des Pays de la Loire (ONPL), based in western France. With more than 11,000 subscribers, the ONPL has the largest subscription audience among French orchestras. Deutsche Welle spoke with John Axelrod about his new engagement and his experiences as a conductor.

Deutsche Welle: You've said part of the reason you got involved with this orchestra was the surprisingly large demand for cultural activities in the region. What else drew you to the ONPL?

John Axelrod: I had not worked with this orchestra before, although I had worked with most of the other orchestras in France, and I was so surprised and impressed by the quality of the orchestra. What was remarkable to me was their professionalism, quality and technical ability - and, most of all, their engagement! This is not a group that after the first or second concert says, "Okay, we're done - on to the next program."

They also have an incredible repertoire that's not exclusive just to French composers. They strike a great balance between the Classical, Romanic and contemporary repertoires.

What is your vision for the orchestra during your next three years as music director? 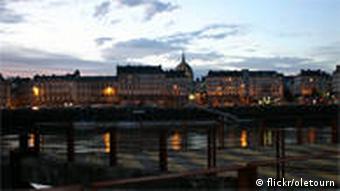 The orchestra in Nantes, France, is one of two comprising the ONPL

Our programming reflects this balance between Classical, Romantic, contemporary and popular works that the orchestra has achieved - but it does so in a way that can satisfy both the audience we currently have while increasing that audience as well, both here and internationally. Our philosophy for the orchestra is that it should be open to all and inclusive - not exclusive or elitist.

During my first season as music director, for example, our theme is based on universal brotherhood. So, naturally, we will present Beethoven's Ninth Symphony - including the line "Alle Menschen werden Brueder (All men become brothers)." That's our starting point, but we're doing it in a unique way.

I've commissioned a work by an Iraqi composer called the "Seventh Voyage of Sinbad" that's inspired by Beethoven's Ninth with a Turkish march. And we'll also do a world premiere of a piece by Sergei Prokofiev's grandson, Gabriel Prokofiev. He is a very unique composer who combines electronica with orchestral instruments and compositions. So, his piece is essentially a variation on the themes of "An die Freude" from the Ninth Symphony for a DJ and an orchestra.

At the end of the concert, we'll open the concert hall into a giant rave for the young people of Nantes to enjoy an experience that they might not otherwise have with an orchestra.

I sense that the perception exists in Europe that America is not the place to go for culture, even though there are many great orchestras there. Have you encountered this perception as an American working in Europe? 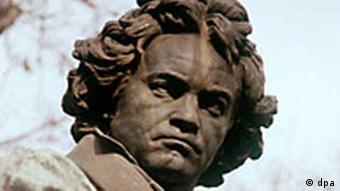 I have been confronted with that perception quite often. As an American conductor, usually I'm asked to do American music. In America, of course, orchestras are encouraged to engage European conductors because they would like to have that association with the European pedigree, while European orchestras may be open to having Americans come and conduct. But I do believe that situation has changed somewhat.

My first engagement as a conductor and not just an assistant was with the Duesseldorfer Symphoniker. The Dusseldorf symphony rightfully asked, "What do you, some kid from Texas, know about Beethoven? After all, Schumann was one of our conductors!" And they were right. But it's also important that we recognize, as the world has now gotten smaller, that the appreciation and knowledge of this music is such that you don't have to necessarily come from a particular country in order to be able to know, understand, interpret, and perform it.

You've said you have a strong relationship with the Duesseldorfer Symphoniker as well as other orchestras you have conducted there. Are your activities with the ONPL relevant for the music scene in Germany?

I think there could be a lesson for Germany in the leadership France is currently showing in terms of support for music. France is leading the way on music education and public financial support for orchestras. Within the ONPL, we are also making music education our focus by encouraging families to get involved with music together. For example, we've put together the concept for a TV reality show in which three families from the region will take part in a musical competition where each family member will play a role in performing a composition.

I once read a statistic that shows how much the tradition of learning an instrument at home faded after World War II in Germany. But it's important to realize how crucial the German musical tradition is to the country's identity. If Germany loses sight of its musical past, a very significant part of its culture will die.

The Deutsches Symphonie Orchester played masterpieces from the early 20th century at special concerts in Brussels and Warsaw. (07.04.2010)

Listen to excerpts from DW's interview with John Axelrod