US comedian Anne Meara dies at 85

Anne Meara, known to millions for her work as a comedian and actress in films and TV shows, has died aged 85. Her partnership with husband Jerry Stiller was an early highlight in her career. 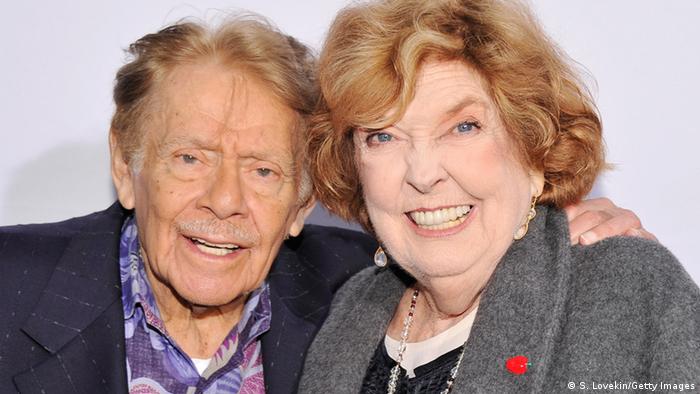 Meara, who is also the mother of Hollywood star Ben Stiller, died on Saturday, US media reported.

As a comedian and film, TV and stage actress, Meara had a career spanning several decades, with some of her first successes coming as part of a comedy team with husband Jerry Stiller (seen left in photo next to Meara) in the 1950s and 60s.

Their routines often drew on their respective ethnic backgrounds for humor, with Meara having an Irish-Catholic background as opposed to Stiller's Jewish one.

Later, she took up the acting career she originally aspired to, appearing in such films as "The Out-of Towners," "Fame" and "Awakenings."

She also had a bit part in the film "Reality Bites," directed by her son, Ben, and appeared in dozens of films and TV shows. This included a longtime role on "All My Children."

Meara was nominated four times for Emmy Awards, most recently in 1997 for a guest-starring role on "Homicide." She also shared a Writers Guild Award for co-writing the 1983 TV movie "The Other Woman."

Fellow actors have paid tribute to Meara upon hearing of her death, including actor-comedian Michael McKean.

Meara is survived by her husband and son, as well as by her daughter, Amy, and several grandchildren.