An FDA advisory panel has unanimously approved a leukemia treatment that could become the first gene therapy approved in the US. The panel hailed the drug as a "major advance" in the battle against childhood cancer. 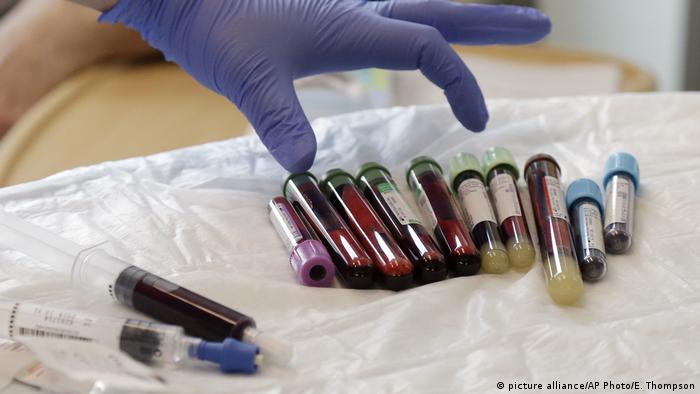 An advisory panel comprised of cancer experts urged the US Food and Drug Administration (FDA) to approve the new cancer drug on Wednesday.

"This is a major advance," said panel member Dr. Malcolm A. Smith of the National Cancer Institute, adding that the treatment is "ushering in a new era."

In a 10-0 vote, the panel endorsed the drug, tisagenlecleucel, which was developed at the University of Pennsylvania and licensed to pharmaceutical giant Novartis.

The FDA is not required to accept the recommendations of its advisory panel, but it usually does.

The immune system-altering treatment is for patients aged 3 to 25 with a blood cancer called acute lymphoblastic leukemia (ALL) - the most common form of childhood cancer in the US. The drug would only be used, however, if the disease failed to respond to standard treatment.

Wednesday's vote followed a long debate on the drug and emotional testimony from the fathers of two children whose lives were saved by the therapy.

The drug is best known for treating a now 12-year-old girl named Emily Whitehead, who has been cancer-free for five years after being the first child to receive the experimental therapy. She attended Wednesday's hearing with her parents.

The Emily Whitehead Foundation, which raises funds for immunotherapy research, tweeted pictures on Wednesday of Emily before and after her treatment, along with a quote from her father's comments to the panel, saying the treatment killed Emily's cancer in "just 23 days."

"Our daughter was going to die and now she leads a normal life," her father, Tom Whitehead, told the panel. "We believe when this treatment is approved, it will save thousands of children's lives around the world."

The therapy could be the first in a wave of treatments that are custom-made to target cancer using a new technology known as CAR-T, or chimeric antigen receptor T-cell therapy.

It works by taking a patient's own white blood cells, called T-cells, then altering them to recognize and attack cancer cells. Only one infusion is needed.

Typically, young patients with ALL who fail chemotherapy only have up to a 30 percent chance of survival.

"This is a potentially paradigm-changing type of benefit," said Dr. Brian Rini, a panelist and physician at Cleveland Clinic Taussig Cancer Institute.

US regulators designated the treatment as a "breakthrough therapy," putting it on the fast track to market approval.

The FDA advisory panel recommended patients who receive the treatment should be monitored for 15 years.

Gene Therapy - Treating the Disease Instead of the Symptoms

Children found to be particularly susceptible to illness could be suffering from a genetic - and potentially fatal - immune disorder. (14.10.2014)