Claims by an American explorer that he had found the wreck belonging to 17th-century pirate captain William Kidd off the coast of Madagascar have been disproved. Barry Clifford announced his find in May. 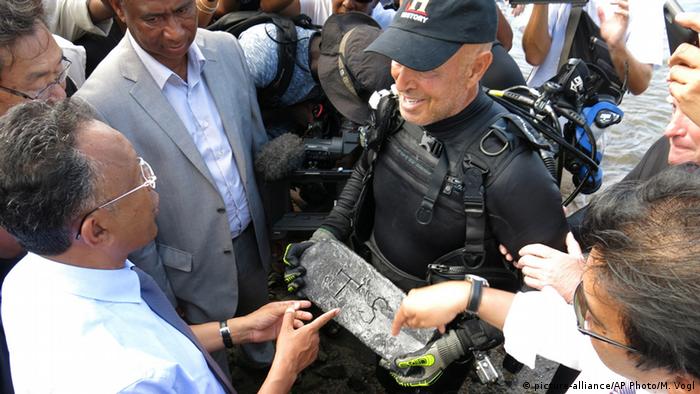 The United Nations' cultural body UNESCO said on Tuesday that a 50 gram (110 pound) silver "treasure bar" said to belong to 17th century pirate Captain Kidd is false, and is actually a piece of lead ballast used to weigh ships down.

In May, marine explorer Barry Clifford revealed that he had likely discovered where the sunken wreck of Kidd's Adventure Galley ship lay, off the coast of Madagascar, with the "ingot" as proof. The American explorer later presented it to Madagascar's president in a ceremony on the island of Sainte Marie.

Soon after UNESCO sent a team of photographers, curators, divers and archeologists to investigate his claims, and concluded that "what had been identified as the Adventure Galley of the pirate Captain Kidd has been found (…) to be a broken part of the Sainte-Marie port constructions. No ship remains have been found."

UNESCO also criticized Clifford for not having a professional archeologist supervise the dive, raising doubts over the veracity of his claims. "Did anyone see a single element which would allow us to date the site?" Michel L'Hour, head of the team, asked news agency AFP, speculating that the "wreck" could have been stones used to build a jetty.

Scotland-born Captain Kidd was originally employed by British authorities to hunt pirates, before becoming one himself and amassing a fortune in gold, silk and jewels. He is believed to have scuttled the Adventure Galley during an expedition to the Indian Ocean. He was eventually caught and executed by the British in 1701, but the fate of his loot remained a mystery.

Sam Browne, the producer of a television documentary about Clifford's find, said he was "perplexed" by the UNESCO report, while Clifford's son Brandon expressed disappointment.

"UNESCO is going to take a very good thing away from Madagascar and the people of Saint Marie," he said. At the same time, Madagascan President Hery Rajaonarimampianina said he hoped the discovery would increase the country's profile and tourist industry.

It's not the first time UNESCO has clashed with Clifford. In 2014, it discredited his claim that he had found the wreck of Christopher Columbus' flagship, the Santa Maria, off the coast of Haiti. Clifford is credited with finding the world's first fully verified pirate shipwreck, the Whydah, in 1984.