UN to Host Global Finance Reform Summit in December | Europe | News and current affairs from around the continent | DW | 18.10.2008

French President Nicolas Sarkozy and UN Secretary-General Ban Ki-moon have agreed that the United Nations will host an international summit on reforming the global financial system in December. 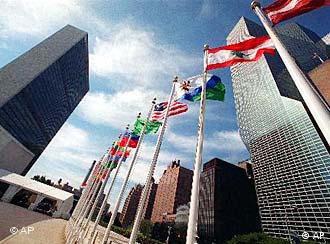 The UN would give international weight to the reform summit, Ban said

It remains unclear who is to participate at the meeting, which Sarkozy and British Prime Minister Gordon Brown have said should be "a new Bretton Woods," the French daily Le Figaro reported Saturday on its Web site Saturday, Oct. 18.

In September, Sarkozy said that it was "necessary to rebuild the entire global financial and monetary system from the bottom up, the way it was done at Bretton Woods after World War II."

Ban said the UN would offer its facilities to the summit Sarkozy proposed. 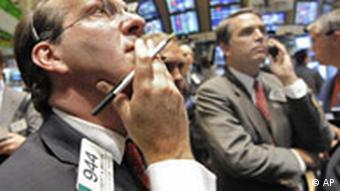 A positive summit could restore confidence to stock markets

"We both agree that there is no time to lose and, therefore, I fully subscribe to your idea of convening such a forum in early December at the latest," the UN leader said in a public letter to Sarkozy.

Ban said called an "expanded, emergency" summit of the Group of Eight leading industrialized nations an effective way of reacting to the current financial crisis.

"Such a format will allow us to more effectively act upon a crisis which requires a global solution through cohesive international partnership."

Sarkozy and Canadian Prime Minister Stephen Harper called for a meeting of world leaders by the end of 2008 to work out a response to the worst financial crisis since the Great Depression. 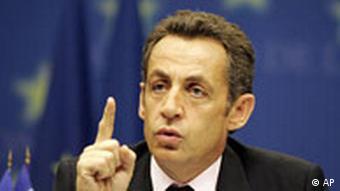 The world is in need of major changes, Sarkozy said

"We need to reflect on the stakes, how we arrived here, who is responsible, and what happened," Sarkozy told a summit of French-speaking nations in Canada late Friday. "And we must draw lessons from it. The world must change."

That call was also heard from Brown at last week's EU summit in Brussels.

In July 1944, an agreement was signed in Bretton Woods, New Hampshire, that established new rules for commercial and financial relations among the world's major industrial states.

Sarkozy has said that he would like the G8 group of leading industrial nations, the large developing nations, such as China, India, Brazil and South Africa, and representatives from the Arab world to participate at such a summit.

Later Saturday, the French president and European Commission head Jose Manuel Barroso will meet with US President George W Bush to get his agreement to take part at the summit.

French President Nicolas Sarkozy and EU Commission Chief Barroso meet US President Bush Saturday to discuss ways to combat the growing fallout from the financial crisis amid signs of a looming recession. (18.10.2008)

EU leaders on Thursday ended a two-day summit with calls for a new global financial system as well as action to preserve growth and jobs as stock markets continued to plunge amid fears of a deep recession. (16.10.2008)

One day after the euro zone summit on the finance crisis, French President Nicolas Sarkozy on Monday presented a rescue plan for French financial institutions that could cost as much as 360 billion euros ($490 billion). (13.10.2008)