UN chief Ban Ki-moon and international envoy on Syria Kofi Annan have called on the UN Security Council to take strong action in a vote that was delayed to allow an agreement to be reached. 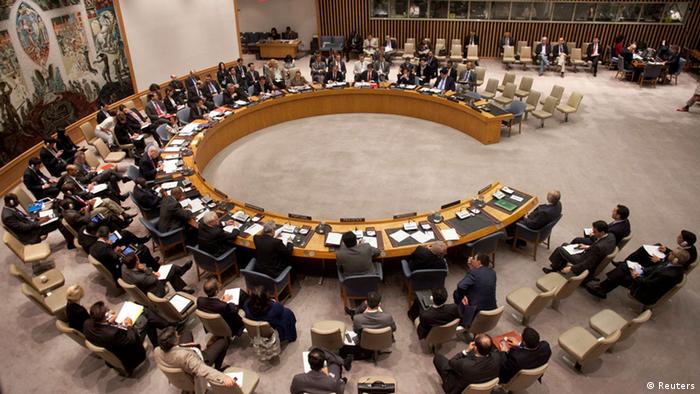 Ban said there was an "extreme urgency" for action to halve the violence, while Annan, who persuaded major powers to postpone the vote from Wednesday to Thursday, said “decisive“ action would need to be taken.

Annan "urged members of the Security Council to unite and take concerted and strong action that would help stem the bloodshed in Syria and build momentum for a political transition," said his spokesman Ahmad Fawzi.

Britain's UN Ambassador Mark Lyall Grant said the council would be voting on Thursday morning, after talks on Wednesday. The delay was confirmed by his Russian opposite number Vitaly Churkin. The UK had taken the lead in drawing up the draft resolution, which threatens non-military sanctions against President Bashar Assad's government.

Use of force contentious

The resolution is tied to Chapter 7 of the UN Charter, which could eventually allow the use of force to end the conflict.

Article 42 of Chapter 7 would permit the Council to "take such action by air, sea, or land forces as may be necessary to maintain or restore international peace and security."

Article 43 calls on members to make troops available to the UN. As of Wednesday afternoon, the proposal to invoke Chapter 7 was likely to be refused by Russia and China, which have twice vetoed resolutions designed to pressure Assad to halt the violence.

A close Syria ally, Russia is adamantly opposed to sanctions and any use of force. Russia has regarded the bid to link the renewal of the UN mission to threats of sanctions against countries as "blackmail," saying that the observers in Syria were being used as "bargaining chips."

Russia has also put forward a resolution to extend the UN mission for 90 days, but it does not contain a threat of sanctions. The draft Russia had proposed on Tuesday was rejected by Britain, France, the United States, Germany and Portugal, according to diplomats.

Ban was in China hours ahead of the scheduled vote to appeal for international unity, saying too many lives had been lost in Syria already. He tried to persuade Chinese leader Hu Jintao to back tougher actions to stop the bloodshed. Ban told reporters after his meeting with Hu that he had explained the situation and that "all the leaders in China" agreed with him about the severity of the long-running conflict.