Fighting in Iraq's Anbar province has caused the "largest" displacement of people within the country since clashes in 2006-2008. Over 140,000 people have fled the region as a result, according to a new UN report. 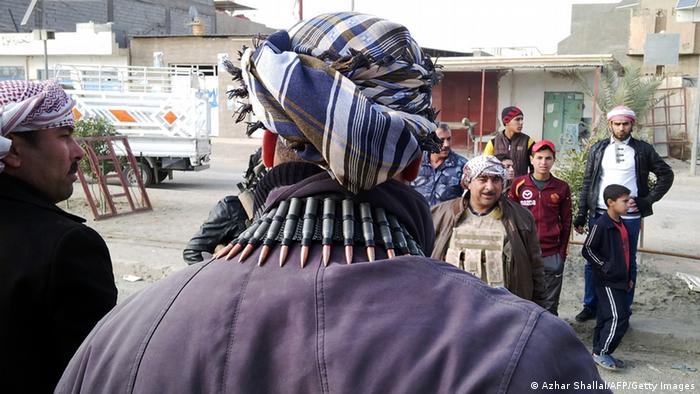 Violence in Iraq's western Anbar province displaced over 140,000 people between December and this week, after clashes erupted between security forces and anti-government fighters linked to al Qaeda, the United Nations said on Friday.

Fighting in the cities of Ramadi of Fallujah drove out more than 65,000 people over the past week alone, it added.

UN High Commissioner for Refugees Peter Kessler described the situation as the "largest" displacement of people Iraq has seen since deadly sectarian violence between 2006 and 2008.

The report added that conditions in the conflict area were worsening for those stranded there.

"Many civilians are unable to leave conflict-affected areas where food and fuel are now in short supply," Kessler said.

"People are reportedly without money for food and lack suitable clothing for the rainy conditions. Children are not in school and sanitary conditions, particularly for women, are inadequate."

Violence in Iraq has risen sharply over the past year, raising concerns that the country could experience a level of bloodshed last seen in 2006-2008, when clashes between Sunnis and Shiites claimed the lives of tens of thousands of people.

In recent weeks, security forces have been fighting to wrest control of Ramadi and Fallujah from anti-government militants, some of whom have ties to the al Qaeda-linked group Islamist State of Iraq and the Levant.