The United Nations imposed sanctions on a diamond firm in the Central African Republic (CAR) for undermining security. The firm allegedly provides support to armed groups in CAR's ongoing conflict. 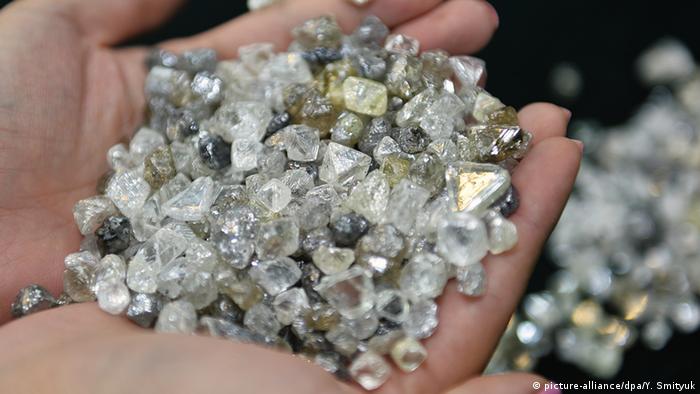 The sanctions experts say Kardiam is the Belgian arm of the CAR's diamond trading company Badica. In addition to the asset freeze, the sanctions will make trade with the firm illegal. The UN says the firm supports armed groups in CAR through illegal trading in diamonds and gold.

Another anti-balaka commander, Habib Soussou, was added to the sanctions blacklist as was a former Seleka general, Oumar Younous, described as a Sudanese diamond smuggler close to former president Michel Djotodia.

The first UN sanctions were imposed in 2014, after a coup against longtime leader Francois Bozize a year earlier triggered an armed conflict between Christian anti-balaka militias and Muslim Seleka rebels that has been raging for more than three years.

Central African Republic was a major exporter of diamonds until May 2013, when the Kimberley Process banned shipment of its rough diamonds. The Kimberley Process is a group of 81 countries, including all the major diamond producers, formed to prevent so-called blood diamonds from funding conflict.

Former President François Bozize and two other men - Nourredine Adam, a Seleka leader, and Levy Yakete, an anti-balaka Christian militia leader - were blacklisted by the UN in May 2014.

The latest sanctions are the first to be imposed since then and come ahead of presidential and parliamentary elections in October.

UN peacekeepers in the Central African Republic are facing new rape allegations. The news comes after the head of the mission was fired due to several scandals involving the troops. (19.08.2015)

The string of allegations against UN peacekeepers in the country has included rape, assault and murder. UN Secretary General Ban K-moon declares "enough is enough" and says he is angered and ashamed by reports. (12.08.2015)

The UN Security Council has removed a ban on Ivory Coast's diamond trade and eased an arms embargo. The West African nation has been pushing for months to legally restart exporting diamonds. (29.04.2014)