Ukraine Turns to Germany, France to Back NATO Bid | Europe | News and current affairs from around the continent | DW | 18.03.2008

Ukraine Turns to Germany, France to Back NATO Bid

In a letter addressed to the leaders of Germany and France, Ukraine has requested support for it bid to join NATO. But some European countries are concerned about alienating Russia. 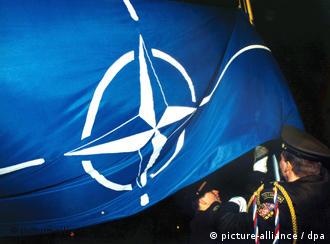 Ukrainian President Viktor Yushchenko and Prime Minister Yulia Tymoshenko signed the letter, published on Monday, March 17, which promised a referendum would be held on NATO membership and that a pro-NATO campaign would bring around opponents within Ukraine.

The trans-Atlantic organization is expected to discuss Ukraine's request for membership at its two-day summit in Bucharest, which begins on April 2.

Germany and France are among the western European countries that have spoken out against granting Ukraine a so-called Membership Action Plan (MAP), a key step toward potential membership.

There is concern that supporting Ukrainian membership could disrupt relations with Russia, which sees the former Soviet republic part of its sphere of influence and strongly opposes eastward NATO expansion. 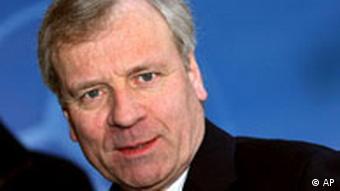 In an address over the weekend, NATO Secretary General Jaap de Hoop Scheffer said the alliance needed to develop a new long-term strategy including improved dialogue and cooperation with Russia.

According to opinion polls, the Ukrainian population is also opposed to the plan. During the Cold War, Soviet propaganda portrayed NATO as the enemy.

"The issue of the opposition political forces was not Ukraine's NATO membership, but the mechanism of making the final correct decision," read the government's letter.

During a visit to Moscow, US Secretary of State Condoleezza Rice and Defense Secretary Robert Gates were expected on Tuesday to talk with their Russian counterparts, among other things, about the possibility of NATO taking in both Ukraine and Georgia.

Russia, US Hopeful About Progress on US Missile Defense Plans

Russia has for the first time signaled willingness to soften its opposition to controversial US plans for a missile defense shield in central Europe as top US officials met with Putin's successor in Moscow. (18.03.2008)

NATO's expansion plans ran into trouble as members expressed doubts over Ukraine and Georgia joining the defense alliance. The fast track bid of the Balkan trio of Croatia, Macedonia and Albania also hit a major snag. (06.03.2008)

Should NATO expand to include Ukraine as a member? Please include your name and country in your reply.