UK vs Germany: experiences of being “ginger”

When the Life Links team sat down to discuss #dealwithme, onliners Gianna and Lou struck on the topic of ‘gingerism’. Both have gorgeous red hair - but had very different experiences of it when they were growing up. 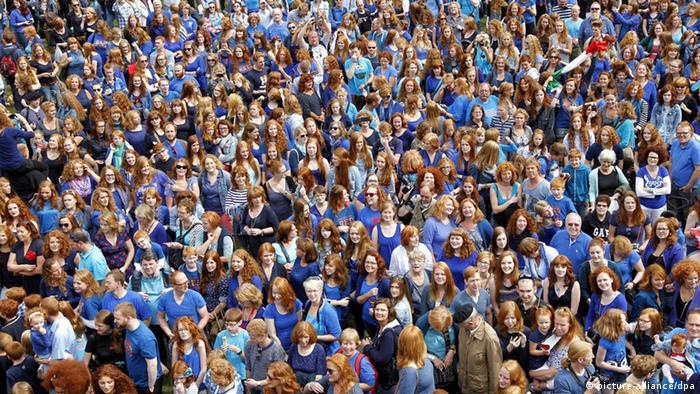 Lou’s story: being a redhead in the UK

Growing up “ginger” in the UK is hard - kids are bullied and adults fear attack.

Long red hair, freckled cheeks and fair skin - as a young girl at school, I was a target for bullies. “Ginger”, “Ginger minger”, “Duracell” - think the battery with the orange top and black body - and “carrot top” were just some of the names I was called while I was growing up.

And away from the playground there were other comments. “Oi, are your pubes ginger, too?” someone once yelled at me, referring to parts of my body I wouldn’t even discuss with my closest friends, let alone a teenage boy surrounded by a group of his friends, who all sniggered as they crowded outside my local shop.

Feeling humiliated, I blushed bright red - another trait that comes with being a red head - and walked away, praying they wouldn’t yell at me again.

As well as the names and comments, for me, there was also the more physical abuse. On the bus, I heard a couple of boys sniggering behind me before they pulled my hair and hit the back of my head. A shy, young teenager at the time, I quickly got up and jumped off the bus at the next stop, eager to get away. 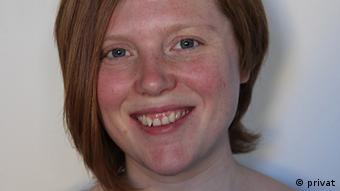 During my time at school, I begged my mum to let me dye my hair. “But it’s such a beautiful color,” she and my hairdresser would say together, “I’d love to have red hair.”

As I reached adulthood, the insults I received for my red hair largely stopped. I do still get the odd drunken remark, but now, years on, I have learned to appreciate my unique hair color - and even like it.

I realise that, compared to others, I was pretty lucky to only receive the comments I did when I was younger.

In the UK, the word “ginger” has taken on an almost accusatory tone, like you’ve committed an offence by being #link:http://www.bbc.com/news/magazine-24331615:one of the estimated 10% of the nation’s population# daring to have ginger hair.

Many children or teenagers suffer to the point of #link:http://www.telegraph.co.uk/news/uknews/7623602/Schoolgirl-withdrawn-from-school-over-ginger-bullying.html:having to change schools# due to bullying or even worse, #link:http://www.express.co.uk/news/uk/443002/Popular-teenager-killed-himself-after-being-bullied-about-his-ginger-hair-inquest-hears:killing themselves# as a result of the harassment.

Even adults have been physically attacked for their hair color. In 2012, a man was #link:http://www.dailyecho.co.uk/news/9507952.Beaten_up_for_having_ginger_hair/:beaten up# after two men took offence at his ginger hair and last year, a 23-year-old suffered a shattered jaw after #link:http://www.telegraph.co.uk/news/uknews/crime/9787027/Attacked-for-having-ginger-hair.html:being set upon# outside a pizza takeaway for the same reason.

The bullying of redheads has led to some calling for “gingerism” to be made a hate crime. The UK government #link:https://www.gov.uk/government/policies/reducing-and-preventing-crime--2/supporting-pages/hate-crime:defines the term# as a criminal offence “motivated by hostility or prejudice based on a personal characteristic” including disability, gender identity, race, religion or sexual orientation

#link:http://www.newstatesman.com/nelson-jones/2013/01/should-ginger-bashing-be-considered-hate-crime:Some argue# that “prejudice is prejudice” regardless of the characteristic that leads to such reaction, #link:http://www.theguardian.com/commentisfree/2013/jan/15/gingerism-prejudice-bullying:but others say# that being a redhead cannot be seen in the same way as the oppression and prejudice levelled at other groups.

I’m torn. While I would struggle to put the prejudice of redheads at the same level as that of race or disability, where discrimination can extend to not being able to get a job, or being racially profiled because of your skin color, it is clear that the name calling and abuse often goes too far to be written off as simple child’s play.

#link:http://www.dw.de/uk-vs-germany-experiences-of-being-ginger/a-18070149-2:Next Page#: read about Gianna’s experience of being a redhead in Germany...

The Telegraph: Attacked for having ginger hair

New Statesman: Should ginger-bashing be considered a hate crime?

The Guardian: Gingerism is real, but...

More on the Redhead Days in Breda, the Netherlands

BBC: How many redheads are there in the world?

The Telegraph: Schoolgirl withdrawn from school

Express: Popular teenager killed himself after being 'bullied'

Daily Echo: Beaten up for having ginger hair

Next page: Gianna’s story: being a redhead in Germany