Kane Gamble, the 18-year-old who gained access to data of top US intelligence officials, was sentenced to two years in prison by a UK court. The judge said Gamble engaged in "politically motivated cyber terrorism." 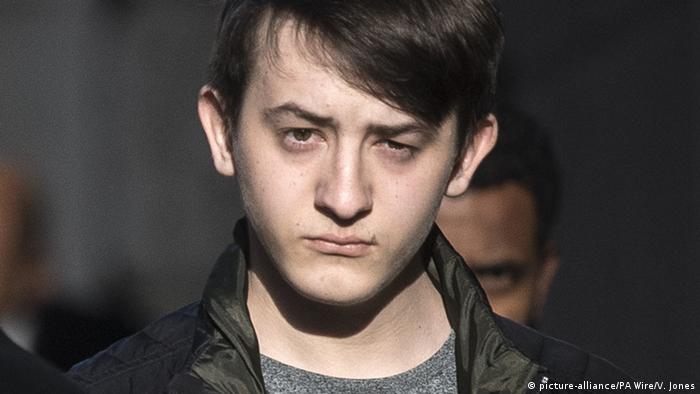 Eighteen-year-old hacker Kane Gamble was sentenced to two years in a youth detention facility at London's Old Bailey, the central criminal court for England and Wales.

The British youth had admitted to successfully targeting several top intelligence officials during the Obama era, including then-chief of the CIA, John Brennan, then-Director of National Intelligence James Clapper, and Obama's deputy national security adviser, Avril Haines. Gamble was 15 and 16 years old at the time.

The prosecutors said Gamble was motivated by his support for the Palestinians and his anger of the US "killing innocent civilians."

"The victims would have felt seriously violated," the judge said, adding that Gamble had "reveled" in the attacks.

From his bedroom in Coalville, in England's East Midlands region, Gamble used the tactic known as "social engineering," gathering information available online to impersonate other people, and then use their identity to gain further information from help desks, call centers, and other sources.

Gamble managed to access private email and iCloud accounts of CIA head Brennan and take control of his wife's iPad. He also harvested data on sensitive US operations in Afghanistan and Iran.

Separately, Gamble  used his "social engineering" method to listen to voicemail messages of former Secretary of Homeland Security Jeh Johnson and harass his wife. He also managed to get the message "I own you" to appear on the couple's home television.

In another hacking effort, Gamble redirected phone calls made to ex-US intelligence director Clapper to the Free Palestine Movement.

Gamble, who is one of the founders of hacking group "Crackas with Attitude", gradually gained access to US law enforcement and intelligence networks and shared some of the information through WikiLeaks and Twitter.

He was arrested at his home last February at an FBI request.