Turkmenistan's President Gurbanguly Berdymukhamedov has amended the country's constitution for the second time – and he will benefit. Experts view the strengthening of presidential powers critically. 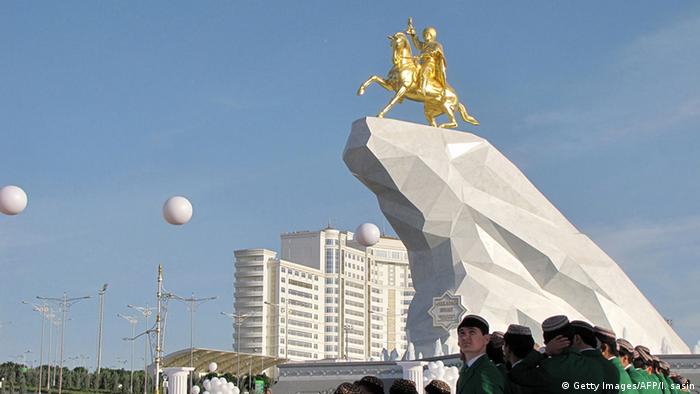 Many leaders in Central Asian countries, like Tajikistan, Kazakhstan and Uzbekistan, rule until their death. Gurbanguly Berdymukhamedov, the President of Turkmenistan, has slowly been working towards his goal of ruling for life. His predecessor, Saparmurat Niyazov was also able to do so and Berdymukhamedov had to wait until Niyazov's death in 2006 to take power.

At first, Berdymukhamedov acted as an interim successor. After the presidential elections in 2007, he was sworn in as his country's head of state and government. In the course of time, he gradually fell into his predecessor's role and was thus able to progressively solidify his position, says Nurmuhammed Khanamov, leader of the opposition Republican Party of Turkmenistan in exile.

'Presidential powers will be strengthened'

"Since 2008, reforms have been made to prepare the new constitution. Back then, a proposal was put forth to extend the presidential term from five to seven years. This is how it will be as of this year," said Khanamov. He also explained that the new reforms will remove the upper age limit for presidential candidates. Until now, a president could not rule after the age of 70; soon, age will not matter. 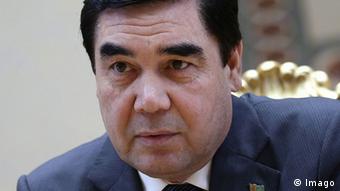 The head of the exile group Turkmen Initiative for Human Rights in Vienna (TIHR), Farid Tuhbatullin, has also been observing the new reforms in Turkmenistan.

He stresses that the reforms are very extensive and thus, experts should read them very carefully. "The interval between elections have been extended. Now a presidential term will be longer. That is how his position will be strengthened," stated Tuhbatullin. President Berdymukhamedov's political orientation is getting tougher.

'The public not adequately informed'

Tuhbatullim from TIHR complains that the public has not been adequately informed about the process, agreements and discussions. On February 15, the new draft of the constitution was published in Turkmenistan's press: it was the only means that people had of finding out about the changes. 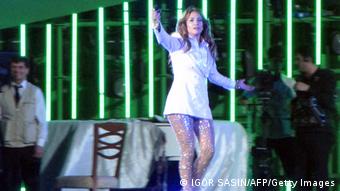 US actress Jennifer Lopez sang at Berdymukhamedov's birthday party in 2013

The expert does also see the positive aspects of the constitutional reforms. "A lot is said about NGOs, political diversity and the development of civil society. Young people and their rights are also addressed." Another noteworthy point is a law that will introduce an institute for human rights in Turkmenistan. This is actually remarkable as Turkmenistan's government has been listed as one of the most "repressive regimes in the world" by the organization Human Rights Watch.

No hope of change

Farid Tuhbatullin from TIHR in Vienna points out that Turkmen laws have been strengthened by the new reforms. International laws are unlikely to have any impact on them. In the past, when Turkmen legislation contradicted international law, international law took precedence. That will change in the future. "I view this with skepticism because it shows that the Turkmen government wants to govern only by its own rules, despite membership in international organizations such as the UN or the OSCE," said Tuhbatullin.

Tuhbatullin hopes the new constitution can spawn new laws or help further develop existing ones. The leader of the Turkmen opposition in exile, Nurmuhammed Khanamov, believes that no fundamental amendments will be made to the new draft. Experts expect that the new constitution will be passed by parliament in one to two months and afterward, by the president.