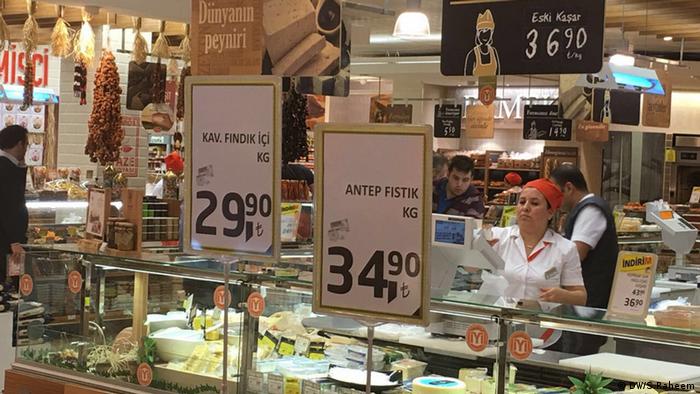 After the failed coup attempt in July, a government crackdown and repeated terrorist attacks, the Turkish economy is suffering. According to figures released Monday, gross domestic product shrank by 1.8 percent in the third quarter compared with the same period in 2015. This is the first contraction since the end of 2009.

Household consumption was down 3.2 percent. And though overall imports rose, the export value of goods and services also declined. The Turkish lira has been notably impacted this year, losing about 20 percent of its value compared with the dollar. Since the economy is heavily dependent on imports, this will make materials and goods from abroad more expensive.

Tourism has also been especially hard hit. Most visitors are likely staying away because of political uncertainty and the number of continued attacks in Istanbul; but Russian tourists were additionally in the crossfire of a diplomatic spat between their two countries and were staying home.

Turkey's economy has recently been showing signs of slowing and the news about GDP contraction was not a surprise to the government. Political instability was bound to affect business. In response, last week Prime Minister Binali Yildirim announced that government spending would be tightened next year. At the same time he also promised more than 66 billion euros ($69.7 billion) in credit for private industry, incentives for investment in production and tax refunds for businesses.

"There will be no unnecessary spending in 2017," said the prime minister last Thursday.  "No new buildings, no buying cars, no unimportant government travel."

Turkish President Recep Tayyip Erdogan blamed foreign speculators for the drop in the currency's value. To help stabilize the lira, he is encouraging everyone to convert their foreign currency back into Turkish lira or gold. So far the Ministry of Defense and the national postal system have obliged.