Turkish author Burhan Sönmez: 'Our society should not be left to anti-democratic politics'

Turkish human rights activist, journalist and novelist Burhan Sönmez has been tortured by the police, but stays committed to freedom of expression. He tells DW why he is hopeful for his country after the attempted coup. 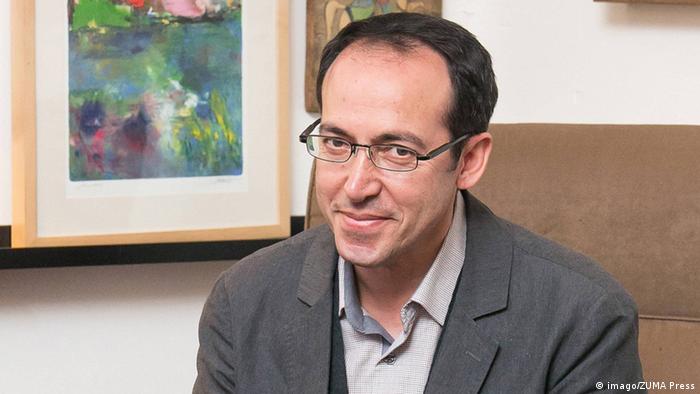 Were you surprised by the attempted coup in Turkey?

I was very surprised and I believe the majority of society was surprised with this coup attempt, because the army and the government had been getting along very well with each other on almost every issue. No one expected this.

So how do you explain it suddenly happening then?

That's the nature of Turkey. There is no stability in politics and in social life, so you can expect anything to happen at any time in society with the army and the government. This unexpected occurrence is just a result of it.

How are you reacting to the aftermath of the events?

What's worrying is that two evil forces collided with each other last Friday. By evil force, I mean that both parties are bad. One of them is the army, the coup plotters, and the other side is the government, which is not good at applying democratic politics either. The collision of these two forces will not bring democracy to Turkey - so we are very worried.

Now, we have saved the parliamentary system, but that doesn't mean we have saved the democratic system, because Erdogan is using this to escalate his politics, his personal ambition and his pro-Islam regime. That is worrying for us.

There's an increasing polarization in the country. Do you think this could lead to civil war?

I don't think so, because the democratic opposition is not on the streets. They don't like to fight with these people. Last time we took to the streets all together, three years ago, during the Gezi Park protests, we were very peaceful. Even though the police and the army killed more than 10 people and 10,000 protesters were harmed, we stayed very peaceful.

Who are the thousands of people now being arrested after the attempted coup?

Erdogan is using the attempted coup to get rid of the whole opposition because he doesn't like to be criticized. Within one day, 10,000 people were arrested; 2,745 judges and prosecutors were expelled from their position - can you believe that? Were they all part of that coup? No, it's unbelievable. They're just using the coup as an excuse. That's the first step and the second step will come later on.

What would be the second step?

On social media accounts, they are discussing the names of journalists to be arrested, mostly pro-Fethullah Gülen Islam conservative journalists or liberal left-wing journalists. So the next step will target all left-wing critics of the government, left-wing student organizations, and human rights organizations. For now, they are untouched, but they could turn to these institutions next.

As a contributor to the independent left-wing newspaper "BirGün" do you feel threatened personally?

In Turkey, people like me who defend human rights and who are very active in daily politics can be targeted by the government anytime. It could be yesterday or before yesterday or it will be tomorrow or after tomorrow. It's not good to start thinking or guessing about this when you live in Turkey because it is part of the country, unfortunately. They don't let you get bored. There is no boredom here! There is always fear and danger - but you get used to it. We keep fighting for our principles.

I will carry on; I have been talking to the international press these days. People like me should continue to express their democratic values. Our society should not be left to anti-democratic politics.

You have experienced police violence firsthand. Now, just after the coup, more attention is given to the way Erdogan is dealing with his opponents, but the situation has been difficult for many years already. Was there a particular moment when you realized that things were becoming more threatening for freedom of expression in the country?

It is a slow-motion change. For years and years, social media platforms like Twitter have been blocked every now and then. Yesterday, 10 news websites were blocked. They were not even affiliated with Fethullah Gülen. They were left-wing or social democratic news sites. This censorship is not something that will stop at a certain point. It will carry on for years and years. But we will carry on in favor of freedom of speech and democracy. 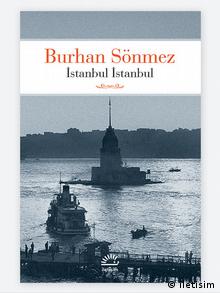 Your 2015 novel "Istanbul, Istanbul" is about prisoners who try to find relief from the pain of torture through storytelling. Can storytelling inspire us for the future of Turkey?

In that novel, you can see that people are in pain, but they keep their faith in the future, they still have their dreams.

I will tell you something very unrealistic: I am very hopeful for the future of my country, otherwise I would have left. I'm still here; people like me are still standing here. We will carry on our calls for freedom, equality, solidarity, tolerance and also peace. We need these more than ever before.

Burhan Sönmez is a prize-winning author who has published three novels, "North" (2009), "Sins and Innocents" (2011) and "Istanbul Istanbul" (2015). He is also a human rights activist and contributor to different newspapers and magazines. He was seriously injured by Turkish police in 1996 and received treatment in the UK with the support of Freedom from Torture in London.

The Turkish composer Tolga Yayalar, who lives in Istanbul, tells DW how he experienced the attempted military coup on Friday night. He fears for freedom of art and the press. (18.07.2016)

Turkish President Recep Tayyip Erdogan has said he'll discuss the possibility of capital punishment for those involved in an attempted coup against his government. Meanwhile, shots have been fired at an Istanbul airport. (17.07.2016)